Casino proposals offer a range of sweeteners for city 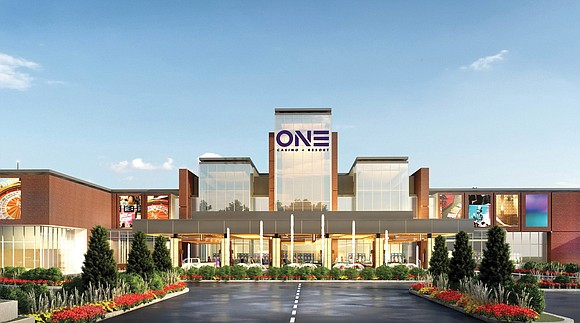 First there were six.

Now there are three companies competing for the Richmond license for a casino after a city panel discarded three other proposals last week.

Soon there will be just one.

In a month or two, City Hall’s internal evaluation panel will recommend one project to Richmond City Council, and if approved there, the proposal would be sent to the voters for approval as a ballot item in the November general election. Voter passage would clear the way for development.

All three are pitching their individual projects as big winners for the city and the Black community.

All are promising jobs and significant inclusion of Black investors and Black-owned businesses, and each proposal is touting other benefits, including sweeteners such as enhanced revenue for the city or assistance in meeting critical needs.

The casino has been forecast to be a revenue gusher, even if plenty of people must gamble and lose to generate such cash. The city’s consultants have projected that a casino would generate

$19 million to $21 million a year as the city’s share of the state gaming tax, plus an extra $10.5 million a year from real estate, meals, lodging and other taxes.

Here are some of the highlights of each project:

Urban One’s proposed One Casino + Resort would provide an upfront payment of $60 million to the city plus continue an additional $6 million annually to the city from casino revenues above the city’s share of the state gaming tax, according to Alfred C. Liggins III, chief executive officer of Urban One.

He said the company also would contribute about $3 million a year to nonprofits. Urban One also would use its media muscle to provide the city with $2.5 million in free advertising and promotion through its radio, cable TV and other outlets.

If the One proposal becomes the city’s choice, Mr. Liggins said a temporary casino would be opened while the resort is being developed to generate both income and early tax revenue for the city.

The One proposal calls for developing a $517 million casino-resort on 100 acres in South Side near the Bells Road exit off Interstate 95. The site is located on Commerce Road between Bells Road and Walmsley Boulevard and was the location of Philip Morris’ now closed operations center. It is just south of the tobacco factory.

The project is to include a 150-room upscale hotel, which could be expanded, along with a large casino with slot machines, gaming tables and sports betting. The proposal also includes a 3,000-seat concert venue at which partner promoter Live Nation would host 200 concerts a year, Mr. Liggins said.

Mr. Liggins has rounded up at least 50 mostly well-heeled Black investors to join him and his mother, Urban One Chairwoman Cathy Hughes, in generating 80 percent of the $75 million equity stake in the project. He said at least 40 percent of the suppliers and vendors would be minorities. Pacific Peninsula Entertainment, which operates Colonial Downs and the Rosie’s Gaming Emporiums, would be the operator, but Mr. Liggins said that company would not be the owner.

He noted that Black contractor Devon Henry of Team Henry Enterprises would construct the casino-resort in partnership with the larger Hourigan construction group.

He projected that after construction, the resort would generate an initial 1,500 jobs, with an average salary of $48,000 a year, with employees becoming part owners and eligible for a $3,000 to $5,000

annual profit-sharing bonus. Restaurant operators also would be listed as investors as well.

Bally’s, meanwhile, is offering Richmond an upfront payment of $100 million plus an additional share of gaming revenue, though Marc Crisafulli, Bally’s executive vice president, declined to be specific. The company also would invest $3 million a year in a program that provides vouchers for its players to spend at small businesses in Richmond.

The company is proposing a $650 million development on 61 acres that abuts the Powhite and Chippenham parkways in South Side. The project is to include a large casino, a 250-room upscale hotel and generate much of its power needs through solar energy.

To meet objections raised by 4th District Councilwoman Kristen N. Larson over potential traffic congestion on Forest Hill Avenue, Bally’s announced Wednesday it would build a new entry and exit road into the property that will start at Jahnke Road in front of the Boulders complex and near the ramps to and from the expressways.

Mr. Crisafulli noted the project, after construction, is projected to generate 2,000 jobs paying an average of $52,000 a year and a minimum of $15 an hour.

Bally’s also has Black investors in the project, including football great and Willie Lanier Sr., as well as his son, and Warren Thompson, owner and operator of Thompson Hospitality, which operates university cafeterias and is engaged in catering.

The company also said that the city’s goal of 40 percent minority inclusion in supplier and vendor opportunities would be met, and that the company is working with Mr. Thompson to ensure full ownership inclusion in the multiple restaurants.

The company is not proposing an upfront payment to the city, according to spokesperson Cari Furman. Instead, the company projects providing about $30 million a year in gaming tax revenues to the city yearly, or about $10 million more than the city is projected to gain as its share of the state gaming tax.

The company also is promising to create a community benefit fund that would donate an average of $13.3 million to help fund community services, such as infrastructure, education, health care, parks and recreation, affordable housing and workforce training and development.

The company has pledged that Black and minority investors would have a 50 percent ownership stake in the casino-resort. The company is planning a $600 million development, including a hotel with 330 rooms and suites, that also would offer a parade of diverse restaurants and entertainment options.

After construction, the company projects the development would require 3,000 employees with pay averaging above $60,000 with a $15 an hour minimum.

The company’s chief operating officer, Zed Smith, who is Black, said the company has a track record of minority inclusion for its existing casino operations in Florida, Maryland, Pennsylvania and Texas.

Black investors include contractor Langston Davis along with former NFL players Bruce Smith and Jermon Bushrod and his family.

The construction team Cordish has lined up includes three Black-owned companies, Davis Brothers Construction and Canterbury Enterprises, both of Richmond, and Mark Turner Construction of Hampton.

Cordish, though, is facing community opposition, with 2nd District Councilwoman Katherine Jordan stating she would oppose the project in large part because of the congestion and other problems it might create for the nearby and flourishing Scott’s Addition.

All three casino proposals project attracting about 3.6 million visitors a year after completion.