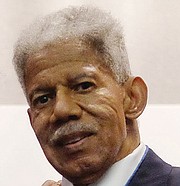 “The unanimous verdict of guilty on all counts … provides hope that the long history of a ‘reign of terror’ perpetrated against Black citizens will come to an end. America’s and Virginia’s record of police brutality in law enforcement is shameful.

“The story of George Floyd’s death and trial reveals the nation’s long history of public lynching in the United States and Virginia. The recent effort to overcome the coronavirus also reveals an American system that is broken, with Black Americans facing an income, education, health care and life expectancy gap.

“The question confronting Americans, Virginians, as well as each individual is whether we can close these racial gaps between Black and white citizens. We will discover the answer to this question in the years to come.” 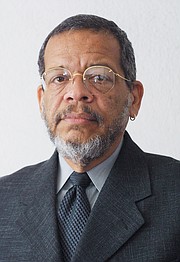 “America, and particularly the Commonwealth of Virginia, must view this conviction not as an accomplishment, but a stepping stone, the first hurdle of a long and overdue race.

“As a Virginian and an American, I am calling on the governor, the state attorney general and all elected officials to immediately initiate a commission of varied membership to identify the inequalities of the criminal justice system and to recommend corrections of the centuries-old history of discrimination against the poor and citizens of color, with a mandate to report the scope of the problem in 90 days.

“After former FBI Director James Comey’s report and studies of 2006 and the events of Jan. 6, 2021, the state attorney general should immediately investigate the infiltration of law enforcement by the Ku Klux Klan and white supremacists and develop lawful means to remove their influence. Chesterfield County and the Capitol Police have identified white supremacist officers in the recent past.

“The Derek Chauvin trial is not to be a checkered flag, but a starting gun to end the overt and covert weakening of America by the influences of racism, discrimination, inequality and bigotry.” 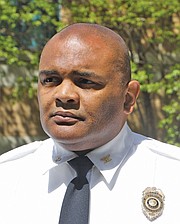 “This verdict rights an egregious wrong and confirms that the path of change is moving in the right direction. The scales of justice feel a little more balanced today.

“George Floyd did not have to die.

“This has to be the springboard to truly reimagine public safety. But it starts with the individual person. Departments everywhere need to seek out the right personnel when selecting the next generation of police officers.

“Police officers sometimes have to police themselves. When you are wrong, you are wrong. Richmond Police is working to get it right.” 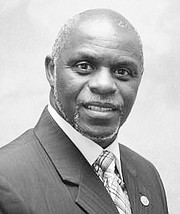 “The work of reforming is just beginning. We are blessed here in Richmond because of our community relationship with the police. We have officers who work, live and shop in the communities they patrol. We have a great opportunity to be a model city on how community policing works.

“I strongly urge citizens to learn more about violence prevention-conflict resolution, which will assist in how to resolve conflicts without resorting to violence.

“George Floyd’s name will forever be in our history memory banks. Generations after generations need to know how George Floyd changed the world, how history was rewritten and what ‘No Justice, No Peace’ really looks like.” 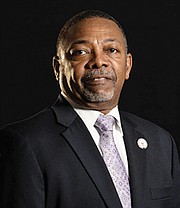 “The trial of Derek Chauvin for killing George Floyd serves as a reminder of the urgent need to pass legislation to hold police accountable, change the culture of law enforcement and build trust between law enforcement and our communities by preventing police brutality and allowing survivors and families of victims access to justice.

“A guilty verdict proves that this country is still able to find a pulse and a sense of direction. It does not mend the decades of damages enacted on the Black community at the hands of law enforcement. True healing comes with legislation that protects our communities, breeds safety and trust and holds our law enforcement to a higher standard.

“We must prevent dangerous officers from moving from one department to another to avoid accountability by establishing a national database of civilian police encounters, including the use of force and traffic stops, and require the collection, analysis and release of such data to track and hold bad officers accountable. In addition, we must put an end to qualified immunity, which protects government officials from lawsuits seeking monetary damages.” 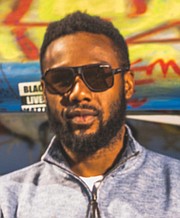 “This is a small step toward Black liberation…

“We are celebrating (the verdict), but this is far from equality in the justice system. How many Black men have been killed without recourse? One conviction of an officer does not make any of the other unjustified deaths OK. We still say their names.

“Real reform and systemic change comes through statistical evaluation of normal judicial procedures and proceedings. This is why we have created a court watch program. Every charge ends up in court and, hopefully, we can be there so we don’t have to go to the police to collect data that might reveal systemic issues.

“We also are working with Richmond Commonwealth’s Attorney Colette W. McEachin to implement our diversion program, “Jobs Not Jail,” to keep people out of jail and help them enter the workforce.

“We have real solutions and we are making real change locally. We encourage action toward real change in Richmond. People can go to blmrva.com and sign up for our programs.”