As the Minneapolis judge thanked jurors for their “heavy-duty jury service” on Tuesday, reactions already had begun to the three guilty verdicts in the trial of former Minneapolis police officer Derek Chauvin in the May 25 death of George Floyd.

Religious leaders and faith-related organizations reacted swiftly to the verdict. Here’s a sampling: 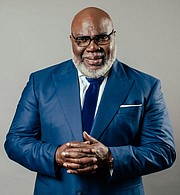 Bishop T.D. Jakes, author and Dallas megachurch pastor: “While we are delighted by the jury’s verdict, we are mindful that there’s still a lot of work ahead of us. Our criminal justice system remains deeply flawed. Black people disproportionately remain victims of police brutality and are more likely to be pulled over or cited for negligible or phantom traffic violations. Let us not relent in our efforts to press our local, state and federal elected officials for police reform, particularly as it relates to qualified immunity, bias training, deescalation training and uniform hiring standards.

Farhana Khera, executive director, Muslim Advocates: “The whole world saw George Floyd beg for breath, for his mother and finally for mercy before dying as Derek Chauvin’s knee was on his neck. The jury’s guilty verdict is a long-overdue measure of justice for the Floyd family. … Further, we must all take drastic, immediate action to overhaul the law enforcement and justice systems that have allowed this violence to continue for so long.”

The Rev. Samuel Rodriguez, president, National Hispanic Christian Leadership Conference: “Today’s decision has demonstrated yet again how far we have to go on our long march toward justice. The wounds of our past continue to bleed into our present reality and the tensions in American life — revealed by this terrible tragedy — have reminded us that there will probably be another George Floyd and another Derek Chauvin. The remedy — politically and judicially speaking — is the blind eye of justice guiding our legislators and judges, but the remedy for the soul of America is empathy, understanding and love of one’s neighbor whatever the color of their skin.”

Rabbi Jonah Dov Pesner, director, Religious Action Center of Reform Judaism: “The racist systems that have endured for more than 400 years perpetuate the brutalization of people of color, including, all too often, by law enforcement. The heartbreaking fact is no verdict or sentence can bring back George Floyd to the loving arms of his family, nor all those who are killed by police. What today’s verdict can and must do is affirm that those who take human life callously must be held accountable for their actions.” 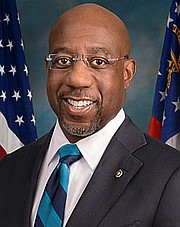 U.S. Sen. Raphael Warnock, pastor of Ebenezer Baptist Church, Atlanta: “First and foremost, I’m thinking about George Floyd’s children and his family, and I’m thankful that they received something that approaches justice today after the trauma they’ve endured — one we’ve seen visited upon Black people and communities of color time and time again, and that never becomes less painful. As a voice for Georgians in the Senate, and as a Black man, I hope today’s verdict is the beginning of a turning point in our country where people who have seen this trauma over and over again will know it is possible to have equal protection under the law.”