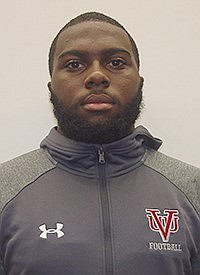 VUU freshman Jada Byers made the second team while also being named CIAA Rookie of the Year.

Chowan University’s record-shattering quarterback Bryce Witt out of Dinwiddie High School was the CIAA Offensive Player of the Year.