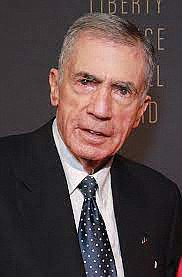 McLEAN, VA. - A Wednesday fire destroyed the Northern Virginia home of former Virginia Gov. and U.S. Sen. Chuck Robb and his wife, Lynda, who is the daughter of former President Lyndon B. Johnson.

Fairfax County Fire and Rescue officials said two people were taken to the hospital with non-life-threatening injuries, but provided no details on their identities. The Robb family later confirmed their parents, the only occupants of the home at the time, were taken by ambulance to the hospital.

Fire and rescue officials reported they responded to the home in McLean early Wednesday morning.

Gov. Ralph S. Northam tweeted that he and his wife, Pam, were saddened to hear of the fire at the Robbs’ home.

“Our thoughts are with Chuck and Lynda as they recover from this tragedy,” he said.

Gov. Northam’s office on Wednesday afternoon released a statement from the Robb family: “Our entire family is deeply grateful to the firefighters for their rapid response and the medical professionals who are taking care of them,” said the three daughters of Charles and Lynda Robb. “We have what is most important to us - our mom and dad."

The Robbs’ residence is situated on a stretch of the road a few miles outside the nation’s capital that is home to a number of wealthy political figures and diplomats.

Tax records show the home has a value of $5.5 million, with an adjacent parcel of land owned by the Robbs valued at $3.4 million.