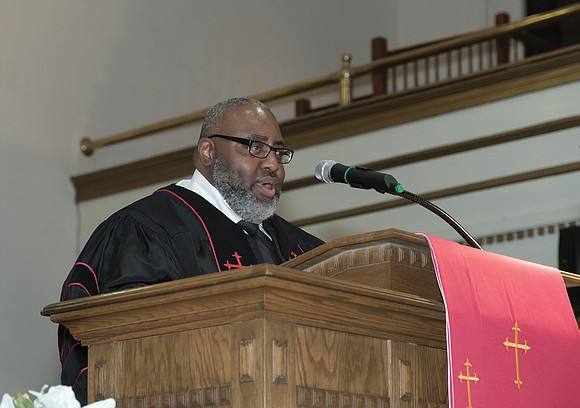 A Richmond judge on Tuesday blocked the pastor and the deacon board of a divided Fourth Baptist Church from holding a special congregational meeting on Saturday, June 5, to take a second vote on removing trustees, the church treasurer and the chair of the finance committee.

Richmond Circuit Court Judge W. Reilly Marchant told the pastor, Dr. William E. Jackson Sr.; deacon board chair, Gerard A. Dabney; and their attorney, Justin R. Coleman, any such meeting and vote of the Church Hill congregation would violate the terms of an April 15 consent decree reinstating the church officers who had been removed last year and then sued to challenge their ouster.

The judge reminded the defendants that the consent decree froze the status quo and barred the church from making any major changes until a full hearing is held on the issues in dispute. That hearing is set for Monday, Aug. 16.

The church, founded 162 years ago, is not a party to the litigation.

“You can hold all the meetings you want to,” Judge Marchant said, but noted that only routine matters, such as payment of bills and the like to keep the church operating, could be considered.

The judge noted that both Mr. Coleman and William F. Seymour IV, the attorney for the trustees and other plaintiffs who had sued Dr. Jackson and the deacons, had signed the consent order.

Judge Marchant said that both sides must agree to any meet- ings on substantive matters prior to the August hearing.

The plaintiffs had not agreed to this Saturday’s meeting, Mr. Seymour told the judge. He said no progress had been made on holding a session to iron out the differences between the two sides. Much of the opposition relates to Dr. Jackson’s efforts to incorporate the church and operate it through a corporate structure.

When Dr. Jackson testified that, based on legal advice, the meeting was called in conformance with the church’s bylaws, Judge Marchant said that the court order trumps the bylaws.

The judge also warned that there would be consequences if any further attempts are made to make “an end run around the order.”

Separately, Judge Marchant gave the pastor and deacons 20 days to arrange to turn over documents, reports, records and recordings of church meetings that the plaintiffs requested and were in the church’s possession. Mr. Seymour noted the church’s clerk, Darlene Graham, had supplied only written minutes.