The Phoenix Suns, the Los Angeles Clippers, the Milwaukee Bucks and the Atlanta Hawks have been on the outside looking in for decades.

The Suns and Clippers have never been NBA champions. Milwaukee hasn’t prevailed since 1971, while the Hawks have been searching for the right answer since 1958.

That leaves many of the game’s top players on the sidelines. No LeBron James, Steph Curry, Kevin Durant. No Lakers, Celtics or Warriors.

It’s time for change. On the upswing, a long wait will come to an end for one of the NBA’s “have nots.”

Details about the final four teams are below.

How they got here: The Suns went 52-20 in the regular season (best in NBA); in the playoffs, the Suns defeated the Los Angeles Lakers 4-2 and the Denver Nuggets 4-0. 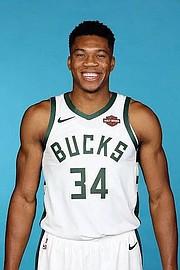 Fun fact: The Bucks’ 7-foot Brook Lopez and his brother, Robin, are the only twins to ever be picked in the first round of the same NBA draft (2008). Robin is now with Washington.

How they got here: The Hawks were 41-31 in the regular season; in the playoffs, defeated New York Knicks 4-1 and Philadelphia 4-3.

NBA titles: 1958 (when franchise was located in St. Louis)