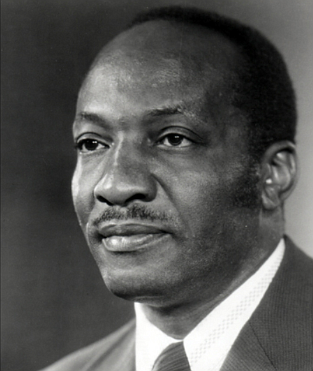 CHICAGO - The Rev. William Sterling Cary, a pioneering minister and civil rights activist who was the first Black person in prominent church leadership roles including president of the National Council of Churches, has died, according to family members. He was 94.

Born in 1927 in New Jersey, Rev. Cary showed a knack for leadership at a young age and was ordained as a teenager. He attended Morehouse College in Atlanta, where he served as student body president from 1948 to 1949, according to the school.

While he was ordained a Baptist, he served in Presbyterian and United Church of Christ congregations, including in New York. In 1972, he became the first Black president of the National Council of Churches, a massive coalition of U.S. Christian churches. Two years later, he was elected conference minister of the Illinois Conference of the United Church of Christ — the first Black person named a UCC conference minister. He continued to lead the UCC’s third largest conference with nearly 250 churches until his retirement in 1994.

“He was a person who often had that role of being the first and he carried it well. He carried it with distinction,” said the Rev. Bernice Powell Jackson of the First United Church of Tampa, who worked with him. “We all looked up to him. He was articulate, he was forceful.”

His advocacy also included challenging the church. Rev. Cary was among dozens of Black pastors who, in 1966, penned a searing letter calling out white clergy and others on American race relations and outlining steps for change. It was published on a full-page of the New York Times and titled “Black Power.”

“We, an informal group of Negro churchmen in America are deeply disturbed about the crisis brought upon our country by historic distortions of important human realities in the controversy about ‘black power.’ What we see, shining through the variety of rhetoric is not anything new but the same old problems of power and race which has faced our beloved country since 1619,” the July 31, 1966, statement read.

Family members called Rev. Cary, who also went by W. Sterling Cary, a devoted husband and father who loved to grill at family and church gatherings.

His wife of 68 years, Marie Cary, called her late husband a “warm, supportive and steadfast” man who “touched thousands of lives around the country.”

The couple had four children, including Ms. Carter.