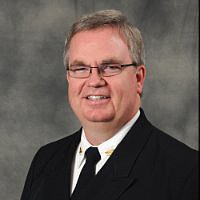 The Richmond Ambulance Authority still ranks among the top ambulance companies in the country despite personnel shortages that have slowed its responses to emergency calls.

The evidence: The RAA once again has met the standards of excellence in patient care that a national commission sets for medical transport services.

The RAA released the findings of the independent Commission on Accreditation of Ambulance Services, or CAAS, which re-accredited the city’s emergency services for three more years, the maximum allowed, following a top-to-bottom review.

Preparing to mark its 30th anniversary next month, the RAA is “thrilled to again be recognized for our strong commitment to our patients and our community,” stated Chip Decker, RAA’s chief executive officer.

The city-supported RAA was launched Sept. 23. 1991, to replace private providers and upgrade ambulance service in Richmond.

The authority’s paramedics and emergency medical technicians respond to nearly 200 calls a day and, of those, transport 150 patients to hospitals and other medical providers.

Renewed accreditation “validates the hard work of our dedicated staff and the data-driven methods we use to deliver high-quality emergency medical services and patient-centered care to the residents of Richmond,” Mr. Decker stated.

RAA is one of 190 ambulance companies in the country that have voluntarily sought and received CAAS accreditation. Those receiving accreditation are just a tiny fraction of the 18,000 emergency transport services in the United States, according to CAAS

The commission adds that its standards “often exceed those established by state or local regulation” and are designed to increase operational efficiency and clinical quality while reducing an ambulance company’s risk and potential liability.

To earn CAAS accreditation, RAA stated that it had to “exhibit excellence in patient care and in its operational relationships with other agencies, the general public and the medical community.”

RAA and a private ambulance company in Virginia Beach are the only emergency transport services in Virginia to have earned CAAS accreditation, according to the commission.