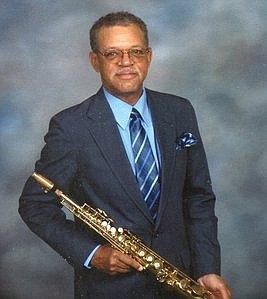 Mr. Ayles, a saxophonist who entertained for decades in the Richmond area, succumbed Saturday, Sept. 18, 2021, to complications from a lung ail- ment. He was 77.

The Philadelphia transplant received final tributes from family and friends on Monday, Sept. 27, at St. Edward the Confessor Catholic Church in South Side. He was buried in Mount Calvary Cemetery.

As his family noted in the program, Mr. Ayles was 9 years old and in the fourth grade when he “met his first love, the saxophone. Samuel Grant, his first band teacher, recognized a ‘diamond in the rough’ and motivated (Carlton) to play the instrument.”

Along with his music, Mr. Ayles also played football while in middle school and later for Armstrong High School before he graduated.

While taking college classes in the Richmond area, he fell under the spell of jazz stars Stanley Turrentine and Gene Ammons. He started playing with G.C. Coleman and the Soul Twisters and later performed with Mike Harrison & The Imperials.

Mr. Ayles’ music career was interrupted when he was drafted into the Army, his family stated. He served in Korea and on a U.S. base, rising to sergeant before his discharge.

Mr. Ayles later toured the area with another band he organized, Legacy, performing at festivals, weddings and various events.

Outside of music, he also worked as a receiving clerk at an area bank for 20 years.

He was a longtime member of Club 533 and an avid golfer. He was proud to be ranked among the small group of players who have achieved one of the rarities of the game, a hole in one, that is putting the ball in the hole with one stroke of a club.

Mr. Ayles is survived by a niece and two nephews.