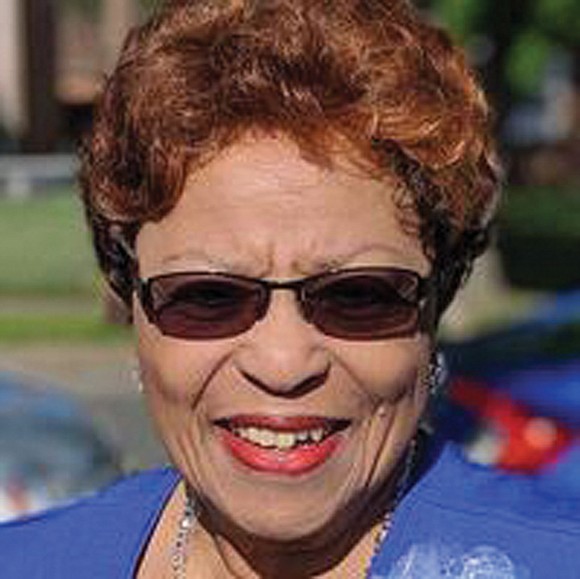 Ms. Price, who was best known for her role as a teacher at Blackwell Primary and Blackwell Elementary for more than 30 years and for her service to Second Baptist Church in Randolph, died Thursday, March 24, 2022. She was 85.

Family and friends celebrated her life during a funeral Friday, April 1, at Mimms Funeral Home in South Side. Dr. James Henry Harris, pastor of Second Baptist Church where Ms. Price was a member for about 60 years, delivered the eulogy.

“Although she birthed one child, she was a mother, grandma, auntie, counselor, supporter and prayer warrior for so many,” including the children she taught, her family wrote. “Her laugh was contagious, and her spirit was kind and giving.”

One of nine children, Ms. Price was born and grew up in Southampton County. She learned to play the piano growing up and also began her education in a one-room schoolhouse in Boykins where one of her sisters, the late Marian H. Nottingham, taught.

Determined to follow in her sister’s footsteps, Ms. Price returned to Southampton to start teaching after graduating from the Southampton County Training School and earning her bachelor’s degree at Elizabeth City State University in North Carolina.

After relocating to Richmond a few years later, she began teaching on the Blackwell campus in South Side where she spent her career.

At Second Baptist, she was a member and past president of the Effie Rogers Missionary Circle. She also was a member of the CARITAS Outreach Ministry and participated in other church groups and auxiliaries.

Singing, playing the piano and hosting family gatherings were favorite pastimes, her family said, as was rooting for the Dallas Cowboys.

Survivors include her daughter, Symea P. Fitts of Chester; a sister, Mildred H. Jenkins of Victoria; and a grandson.