$3M on the table for homeless 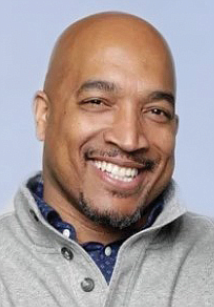 Ninth District City Councilman Michael J. Jones hopes a network of churches can be developed to provide shelter for the homeless during inclement weather, particularly during winter cold.

Dr. Jones, a full-time pastor himself, sought to make that happen by convening a meeting last week between a city official with money to spend and 15 to 20 pastors whose churches might have space that could be used.

The official was Sherrill N. Hampton, city director of housing and community development, who has $3 million to spend with faith groups and nonprofits who would operate the shelter.

Dr. Jones got involved after opposing the city’s plan to create a central shelter for 150 people at the Liberation Church, 5501 Midlothian Turnpike, in his district.

He rejected that idea, arguing that a decentralized approach that would have multiple sites to handle 25 to 30 people apiece would be better and have less impact on surrounding communities.

However, he said that the need for shelter is just too great for him to just state a viewpoint and then step aside.

He took out his Rolodex and began dialing pastors whom he thought might have in an interest or would be willing to at least listen to Ms. Hampton’s pitch.

Dr. Jones said he was happy with the response from churches. He said that pastors from South Side and North Side participated in the call. Whether the meeting results in space being made available remains to be seen.

Ms. Hampton has set an Aug. 25 deadline for receiving applications from faith groups or nonprofits for shelter operations. How far the $3 million will stretch is uncertain. Her hope is the funding will ensure an overflow shelter at one or more locations for the next two winters.

For decades, the city has arranged for a winter shelter to provide overflow space when private shelters fill up to prevent people from freezing to death. Last winter, more than 300 people a night were sheltered at two locations during cold weather, though both locations have since closed.

For years, Oct. 1 has been the opening date under a policy the council put in place, but Ms. Hampton has already stated Nov. 1 would be the first date when a city-supported overflow shelter would open.

Meanwhile, members of City Council, most notably 5th District Councilwoman Stephanie A. Lynch, have been pushing for the creation of a year-round shelter where people could have a place to stay when a major storm is forecast or a summer heatwave grips the area.

City Hall has backed the idea but indicated support only for a 75-bed to a 100-bed shelter, which would have potentially left dozens of people without any place to go when bitter cold set in, a tropical storm struck or heat spikes to dangerous levels.

Hopes that Richmond and its two neighbors, Chesterfield and Henrico counties, could work together to buy a motel to become a year-round shelter have yet to work out. The localities collectively have $11 million in federal funds to use for that purpose, but have yet to find a location that would work for that price.

Council President Cynthia I. Newbille had indicated the governing body might hold a special meeting this month to focus on the shelter issue with winter beginning to loom, but no session has been scheduled.