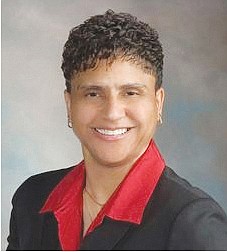 It took three weeks, but a Richmond City Justice Center inmate with a long rap sheet has been charged with the malicious wounding July 7 of a female deputy whose jaw was shattered and who suffered other serious facial injuries in a brutal attack.

Sheriff Antionette V. Irving disclosed the arrest of Sakeem J. Bell on July 29 in a rare press release from her office concerning an action taken against an inmate alleged to have committed serious offenses.

Already jailed for a year awaiting a probation revocation hearing that is to be held later this month, Mr. Bell was arraigned Aug. 1 in the new case and is scheduled for a preliminary hearing Sept. 13 in Richmond General District Court.

Behind the scenes, the Free Press has been told that Sheriff Irving came under serious pressure to act to prevent the Richmond Police Department from taking over the case.

Ahead of her action, the Free Press was told police detectives had interviewed the deputy and were preparing to file charges against Mr. Bell if the sheriff, who has gained a reputation for not preferring charges against inmates, did not.

The sheriff, before bringing the charge, had sent Mr. Bell to Central State Hospital for evaluation. The Free Press was told that the hospital quickly sent him back without doing an evaluation after he allegedly assaulted a staff member.

The Free Press has been told that inmates alleged to have committed lesser assaults on deputies, including punching them or throwing hot water on them, have yet to be charged.

That also appears to be the case in instances where inmates have stabbed other inmates or have committed sexual assaults against other inmates.

Allegations that the sheriff has not brought charges against inmate attackers can be found in complaints victims have filed with the federal court seeking damages. Most of the complaints, though, have either not succeeded or have not been pursued after the initial filing.

Serving at the jail is stressful for the staff. The Free Press has been told that at least two captains have been hospitalized in the past two weeks as the result of stress-related spikes in their blood pressure.