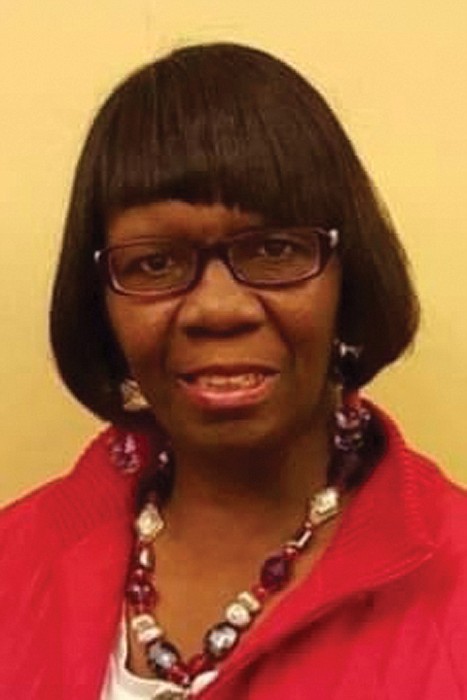 When Glennys Elaine Fleming joined an organization, others quickly took note of her energy, dedication and passion.

A stroke survivor, Ms. Fleming also became well known for her efforts to promote health as a volunteer for the 1 Step 2 Health Foundation and the American Heart Association.

She was long engaged in projects for her sorority, Delta Sigma Theta; service in local and regional posts for Toastmaster’s International; and was active in other groups, including the National Association of University Women and Richmonders involved in Strengthening Our Communities (RISC).

Described as a woman of “grace, fortitude and love,” Ms. Fleming’s work for community betterment is being remembered following her death on Friday, Aug. 5, 2022. She was 68.

Relatives and friends packed Ebenezer Baptist, of which she was a lifelong member, to celebrate her volunteer service Friday, Aug. 12.

A graduate of John Marshall High School, Ms. Fleming earned bachelor’s degrees in Spanish from the University of Virginia and from Virginia Commonwealth University in general studies. She was professionally involved with personnel and human resources, most notably at Philip Morris USA, from which she retired in 2006 due to health issues.

For 10 years, she also operated a business, Banners, Balloons and More, with her sister, Dr. Renee Fleming Mills. Dr. Mills handled the party and wedding planning while Ms. Fleming designed the balloon art.

But Ms. Fleming was best known for her varied volunteer service, which her family said began with her participation in the Big Brothers/Big Sisters program while a student at U.Va.

On the Girl Scout front at Ebenezer Baptist, Ms. Fleming was the key adult figure in historic Troop 34, which originated in 1932 on the campus of Virginia Union University as the first unit in the South for Black girls, as well as Troop 35, which enrolls junior girl scouts.

A former Girl Scout herself, she was credited with boosting membership in the troops. She also enabled six members of Troop 35 in 2016 to receive Girl Scouts’ top honor for planning and creating a video walking tour of Jackson Ward in partnership with the Historic Jackson Ward Association. This was the first Bronze Award members of a troop at Ebenezer had ever received.

Her family said Ms. Fleming sought to provide troop members with leadership opportunities, assisted them to participate in trips to out-of-state sites and to Europe, and prepared them to serve as the honor guard for several area organizations.

She also held the troops together through the COVID-19 pandemic by holding meetings on Zoom.

Her family said the regional Girls Scouts of the Commonwealth of Virginia honored her with its Volunteer of Excellence award and the Girl Scout’s Honor Pin.

At Ebenezer Baptist, Ms. Fleming also served at various times as church clerk and as a driver in the Bus Ministry. She played in the Handbell Choir, taught children on Sundays and in the Vacation Bible School, and later served as assistant superintendent of the educational programs. She also participated in the Ladies Guild Ministry and in other committees and programs.

She was the first recipient of the church’s Miller-Robinson Award for volunteer service.

Along with her sister, Ms. Fleming is survived by her son, Jeffrey C. Fleming.