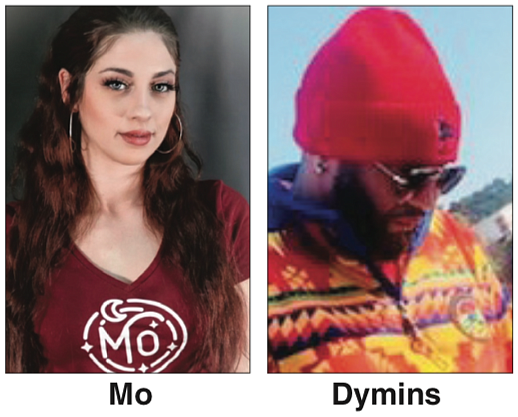 A dream inspired Richmond entrepreneur Cecil “Cee”Miller to reach into his own pocket and fund an opportunity for new musical talent, including seven local RVA artists, a chance to further their dreams.

A native of North Carolina, Mr. Miller lived in Virginia for several years in the late 1990s. He returned to Richmond a few years ago to pursue his dual interests of music producing and boxing promotion through his company BYD LLC - which stands for ‘Build Your Dream.’

“There’s a lot of talent here in Richmond that don’t believe it can happen for them,” Mr. Miller said in a recent phone interview. “I wanted to bring something to spark that talent.” 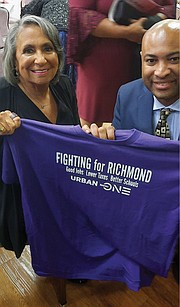 Urban One founder and chairperson Cathy Hughes met Cecil “Cee” Miller last summer and was impressed by the entrepreneur’s willingness to use his personal resources to support local artists. “There’s a lot of talent here in Richmond that don’t believe it can happen for them,” Mr. Miller said. “I wanted to bring something to spark that talent.”

That something was a recording project that resulted in two compilation albums and a distribution deal with Universal Music Group. P.O.W.E.R. Vol. 1 was released Sep. 30, followed quickly by Vol. 2 on Oct. 7. The artists included cover a variety of genres including hip hop, country rock, reggae, R&B, rock and alternative Afrobeat. Mr. Miller is hoping that streaming numbers will be good enough to green light more albums and more opportunities for local artists.

Since the albums’ release, they have garnered about 100,000 streams. But in sales terms, it takes 1,500 streams to equal a sales unit and 500,000 sales units to achieve gold status, so there’s still a long way to go.

“That was pretty exciting for us and it got the ball rolling for the other tracks,” Dread Mandela said during a telephone interview in November. He’s been performing for the past six years and has a second track, “PayCut,” that also appears on the volume.

Mo, a Richmond soul singer for more than a decade, is featured on Stuicide’s “Summer Days” on P.O.W.E.R. Vol. 2. It’s a feel-good song she hopes to hear blasting out of people’s car windows once warmer weather rolls around.

“Big names all have to start out as local artists,” she said, stating the obvious in a recent phone interview. “It takes people being open to new artists and new music for us to be able to show our gifts.”

Radio support can help in getting the recognition new music and new artists need. Mr. Miller says a number of the P.O.W.E.R. tracks have been receiving airplay on Richmond area stations including WRIR- 97.3, WBTJ-106.5 and Urban One’s WCDX-92.1.

Urban One founder and chairperson Cathy Hughes met Mr. Miller last summer and was impressed by the entrepreneur’s willingness to use his personal resources to support local artists. In an industry that Ms. Hughes said can be compared to having “more cars than parking spaces,” that support is pretty important.

“The album was a really collaborative experience,” Dymins said during a telephone interview. “There were so many different ways to come together musically and everybody came correct.”

“Being on a project like this really stretches you further,” Dread Mandela said. “You are not only connecting with your fan base, but you get to tap into every other artist’s fan base as well.”

It’s the kind of exposure new artists need to keep chasing their dreams.

P.O.W.E.R. Volumes 1+2 can be found on most major streaming platforms.