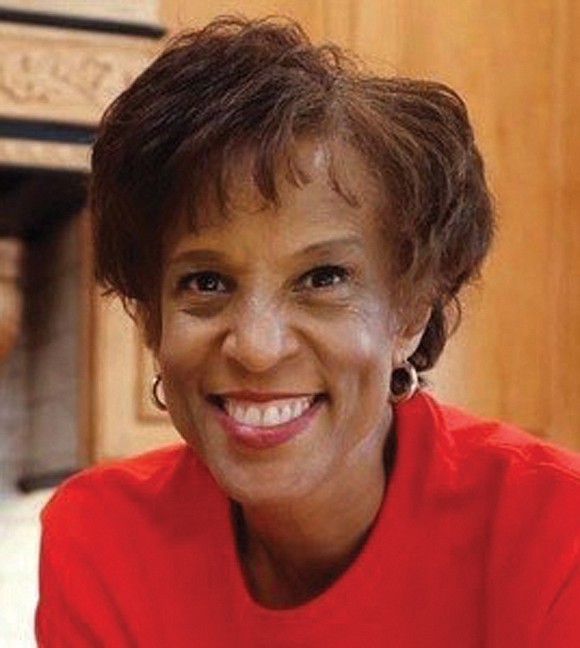 The wife of Jonathan P. “Jon” Harmon, chair of McGuire-Woods, one of Richmond’s largest law firms, Mrs. Harmon succumbed to leukemia Wednesday, Jan. 19, 2022, her family said. She was 59.

Mrs. Harmon was a key member of the legal team that U.S. Sen. Tim Kaine led in suing Nationwide Mutual Insurance Co. to challenge insurance companies’ practice of redlining Black neighborhoods so that residents were forced to pay higher prices for inferior coverage.

Speaking on the Senate floor, Sen. Kaine described Mrs. Harmon as a “brilliant and funny, a proud mom and wife, a talented singer who sang at my gubernatorial inauguration, a West Point-educated Army officer and a faith-filled spirit. The world will miss her.”

“She had a way of making everyone around her feel special,” said J. Tracy Walker IV, an attorney with McGuireWoods. “I was especially privileged to hear her speak recently at a YMCA prayer breakfast. She delivered a powerful message about giving with love in your heart that I will never forget.”

Final tributes were paid to the Goochland County resident at the church to which she belonged, Faith Landmarks Ministries in Henrico County, on Wednesday, Jan. 26.

A native of Waco, Texas, Mrs. Harmon began her law career after graduating from the U.S. Military Academy at West Point and serving in the military as an intelligence officer. During her assignment to Fort Hood, she also met her future husband, also in the military, at a Bible study.

After graduating first in her class from Baylor University Law School, she clerked for a judge on the U.S. 5th Circuit Court of Appeals for two years while her husband completed his law degree at the University of Texas.

After practicing law in Texas for several years, they moved to the Richmond area in 1995, where she joined the firm now known as McCandlish Holton and he joined McGuireWoods.

Her biggest case was the suit that fair housing watchdog Housing Opportunities Made Equal brought against Nationwide after tests showed the company routinely denied Black homeowners in Richmond coverage for their property while offering coverage to white homeowners.

Mrs. Harmon, then pregnant, proved a key player in examin- ing witnesses and in providing the closing argument that led to a $100.5 million verdict from a Richmond Circuit Court jury in 1998 — the largest ever in a Virginia case.

Though the Virginia Supreme Court in a 4-3 decision later threw out the verdict after finding HOME, itself, was not harmed, Nationwide settled for $17 million after the state’s highest court agreed to reconsider the decision.

The first case of its kind also led Nationwide, State Farm and other major firms to review and alter their decisions on coverage and start opening or expanding operations within the city limits of Richmond and other urban locations.

Mrs. Harmon retired to raise and home-school the couple’s four children. She also was active in Faith Landmarks’ children’s and prison ministries and its outreach programs.

She loved singing and her talent led to invitations to sing at public events in Texas, such as the opening of a new federal courthouse in Austin, Texas, at prayer breakfasts and at the opening of the Virginia General Assembly.

Along with her husband of 32 years, Mrs. Harmon is survived by her children, Timothy, Krista, Jeremy and Jana; her mother, Doris Jean King; and a brother, Robert Moore King.