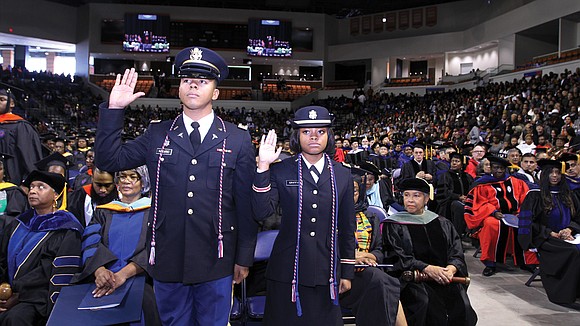 The police department in Windsor, a small southeastern Virginia town located in Isle of Wight County, has operated in a way that led to discrimination against African-Americans and violated their constitutional rights, Virginia Attorney General Mark Herring alleged in a lawsuit filed last week.

The suit, filed Dec. 30 against the town of Windsor, came after an investigation by Mr. Herring’s office into its police department. The probe was prompted by a December 2020 traffic stop involving two Windsor Police Department officers and Army Lt. Caron Nazario, who is Black and Latino.

The traffic stop, captured on video, showed the officers drawing their guns, pointing them at Lt. Nazario, who was in uniform, and using a slang term to suggest he was facing execution before pepper-spraying him and knocking him to the ground.

The video drew nationwide attention and outrage when it came to light months after the traffic stop, when Lt. Nazario sued the two officers, at least one of whom has since been fired.

“While our investigation was spurred by the egregious treatment against Lt. Nazario that we all saw in bodycam footage, we discovered that this incident was indicative of much larger problems within the department,” Mr. Herring stated in a news release. “Our months-long investigation uncovered huge disparities in enforcement against African-American drivers, and a troubling lack of policies and procedures to prevent discriminatory or unconstitutional policing.”

The town responded with a lengthy statement that broadly refuted the allegations and called Mr. Herring’s decision to file the suit just weeks before he leaves office “clearly political.”

Mr. Herring, a Democrat, was defeated in his bid for re-elected by Republican Jason Miyares in November. Mr. Miyares, an attorney who also represented Virginia Beach as a member of the House of Delegates, will be sworn in Jan. 15.

According to Mr. Herring’s office, the investigation found that while Black people make up about 22 percent of Windsor’s population, they accounted for about 42 percent of the department’s traffic stops between July 1, 2020, and Sept. 30, 2021. The Windsor Police Department also searched more vehicles driven by Black motorists than white drivers, the complaint stated.

Based on those disproportionate stops and searches, the department is “performing its law enforcement activities in a discriminatory and biased manner,” the complaint stated.

The investigation also found a discrepancy in the data on traffic stops and citations reported to the Windsor Town Council versus the Virginia State Police, the lawsuit stated.

“In all instances, the numbers reported to the Commonwealth were lower than those shared with town council, and the discrepancy has not yet been explained,” according to the news release.

Windsor’s statement said the complaint cites “questionable data on the quantity and nature of traffic stops and searches,” without providing more specifics. It also said that the town’s seven-member police department has taken steps this year to increase training and accountability and that those “advancements” had been discussed with Mr. Herring’s office as recently as Dec. 10.

The lawsuit asks the court to enjoin the town and its employees from engaging in discriminatory law enforcement practices. It also asks that the town be required to hire, at its own expense, an independent monitor to ensure it is complying with state and federal law. It further asks for a $50,000 civil penalty for each violation of the Virginia Human Rights Act.

Mr. Herring’s lawsuit was filed in Isle of Wight County Circuit Court, where Windsor is located. The town, with a population of about 3,000, is about 70 miles southeast of Richmond.