Comfort Anderson-Miller, who charity helped thousands in Liberia, dies at 60 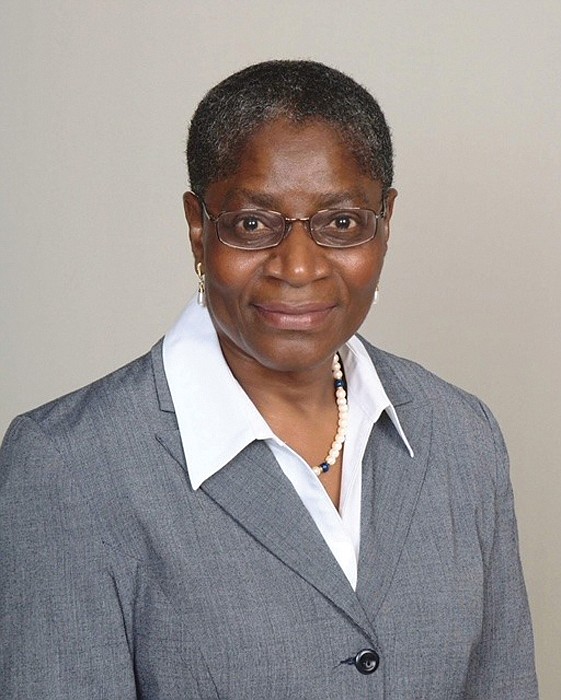 The founder of the nationally recognized Robert and Mary Anderson Charitable Organization succumbed to cancer after a 16-month fight on Sunday, Dec. 26, 2021. She was 60.

Family and friends will celebrate her life and efforts to help people at 9:30 a.m. Saturday, Jan. 22, at Beulah United Methodist Church, 6930 Hopkins Road, where she was a member for more than 30 years.

Final tributes also will paid to her in a separate service in Liberia, where she will be interred.

Born in Monrovia, Liberia, Mrs. Anderson-Miller came to the United States in 1987 to earn a master’s in computer science at Clark Atlanta University and stayed in the country after marrying in 1989 now retired Army Master Sgt. Elijah Miller. The couple met earlier while he was assigned to serve at the U.S. embassy in Liberia and she worked at a hotel.

Acounty and state employee in computer security, Mrs. Anderson-Miller began her mission to Liberia in 1991 during a trip to visit her mother and she took a few boxes of toys and clothes, according to Points of Light, an international group founded by former President George H.W. Bush to recognize volunteer service.

In a 2003 citation honoring her, the organization stated that she was shocked to see the poverty and devastation left by a long civil war and was motivated to do more.

Mrs. Anderson-Miller created the Robert and Mary Anderson Charitable Organization, which she named for her parents, and began to regularly collect and send thousands pounds of rice, clothing, computers, books and other necessities to Liberia.

“Mrs. Anderson-Miller also became instrumental in helping Liberian children receive medical attention,” the organi- zation noted, including arranging for five Liberian children to travel to the United States for corrective surgeries. She and her husband adopted one of the children, a boy whom she brought to this country for surgery to replace his nose that had been amputated due to disease.

“She was a humanitarian who loved Liberian people and culture and helped individuals from all walks of life,” her family said.

Known by various nicknames, including “Kpai,” “Sweet Comfort,” “Comfee,” “Sis Comfort,” “Kpai Lady” and “Goray,” Mrs. Anderson-Miller also had the support of her church, Beulah United Methodist, whose members collected and donated items and helped store them before shipment.

Mrs. Anderson-Miller also was honored by the YWCA of Richmond for her work.

She was known for her generosity to family and friends, said her sister, Cecilia Anderson-McGee. She would bake and mail out her signature Red Velvet cakes.

After the pandemic began, she sought to keep people safe, her sister said. “She went out and bought hand sanitizer and masks” and sent them to more than 50 people in her circle, Ms. Anderson-McGee said. “She wanted the best for everyone.”

Mrs. Anderson-Miller loved to cook, and even as she battled cancer, she prepared a spread for Thanksgiving for family and friends.

In addition to her husband and sister, survivors include the couple’s adopted son, Edward Sando-Miller; and four other siblings, LeonaAnderson-Waiwaiku, Eliza- beth Anderson-Bowen, Marian Anderson- Ivy and Yolanda Anderson-Browne.

The family requests that memorial donations be made to the Robert and Mary Anderson Charitable Organization. Email her niece, Charlene McGee, at yjakpai@aol.com for details.