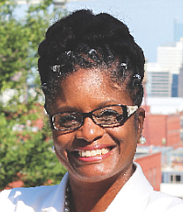 The board of the Richmond Redevelopment and Housing Authority has temporarily halted its administration from filing eviction lawsuits before its next scheduled meeting Feb. 16.

However, the board, according to two members, has no plans to essentially prevent its interim chief executive officer, Stacey Daniels-Fayson, from proceeding with the eviction process in the months to come.

Federal regulations require RRHA to collect rent, and “we don’t have the authority to prevent that,” said board member William R. Johnson Jr.

The board hit the pause button to secure more information. Fifth District City Councilwoman Stephanie A. Lynch, who is advocating that RRHA continue its moratorium until the school year ends in June, called it “a small victory.” 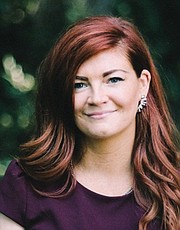 According to RRHA data, as of Jan. 12, 1,748 households in RRHA properties owed a balance, and 1,115 households had been sent a 30-day notice to cover arrears or face eviction proceedings.

That number remains high despite RRHA’s continued efforts to tap into the state’s rent relief fund on behalf of tenants. According to the agency, since December 2020, RRHA has gained more than $4 million in rent relief that has benefited 3,000 families. Some of the households in arrears previously were secured rent relief, RRHA stated.

RRHA announced earlier this month that it had ended its 26-month moratorium on evictions that dates back to November 2019, prior to the start of the COVID-19 pandemic.

According to RRHA, the initial moratorium was imposed due to “the misapplication of utility charges by our billing vendor.” The moratorium was extended into 2020, and then the pandemic hit in March of that year, and a federal moratorium on evictions was put in place by then-President Trump and the U.S. Department of Housing and Urban Development. That federal moratorium ended late last year.

RRHA reported collecting about $11 million rent from its tenants or an average of $921,000 a month during its 2019 fiscal year, the most recent the authority has posted.

One of the area’s largest landlords, RRHA previously was one of the leaders in filing eviction lawsuits in a community that ranks high nationally for evictions.

At City Council’s meeting Monday, Richmond resident Brian Bills urged the governing body to get involved to prevent the prospect of mass eviction of low-income households from RRHA properties.

Richmond schoolteacher Beth Almore also urged the council to act. She said that she sees the impact of housing instability on students’ mental health and ability to learn.

So far, neither Mayor Levar M. Stoney nor members of the governing body have introduced legislation that might change the situation.