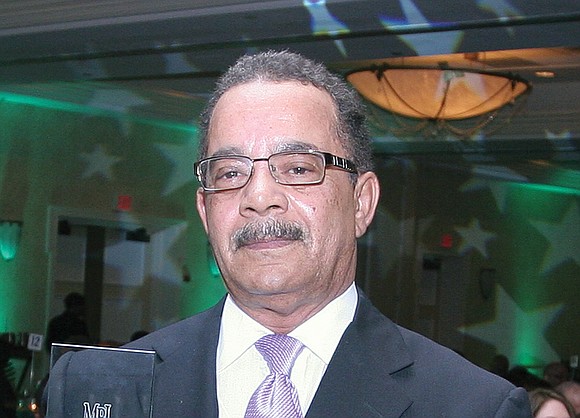 Mr. Davis, who built the family-owned and operated firm into one of the region’s largest Black-owned commercial contractors, passed away Sunday, July 17, 2022, at his residence. He was 80.

His life will be celebrated with the family receiving friends from 2 to 5 p.m. Sunday, July 24, at Scott’s Funeral Home Chapel, 115 E. Brookland Park Blvd.

Mr. Davis, who had been battling health challenges in recent years, “was a leader in the field,” said Bernice Travers, former executive director of the Central Virginia Business and Construction Association and of the Northside Business Association.

Ms. Travers said Mr. Davis always looked stern and serious, “but I knew him to be a kind and compassionate man.”

Mr. Davis, who was involved with the company all his life and had been the top executive for more than 45 years, left his fingerprints on hundreds of largely commercial projects through the years, ranging from banks to the Greater Richmond Convention Center, airport projects in Richmond and Atlanta, the VCU Health Children’s Hospital and the campus of the University of Virginia.

Davis Brothers also was involved in developments for Virginia Union University and built and renovated more than 100 area churches. The company renovated the Imperial Building at 5th and Franklin streets that is now home to the Richmond Free Press and was involved in redoing the Mosque, now the Altria Theater, and the State Capitol.

During his tenure, the company prided itself in bringing in jobs on time and on schedule.

Mr. Davis was born into a family long involved in the building trades. His grandfather, Thornton Davis, for example, was operating a building company as far back as 1908.

Mr. Davis essentially learned the business from his late father, Melvin D. Davis Sr., who operated a series of companies before starting the current Davis Brothers with his brother, Leonard, in 1968, according to a General Assembly resolution honoring Melvin Davis after his death in 2006.