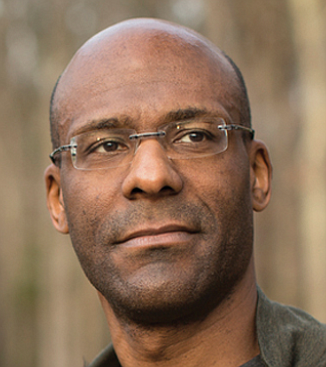 Across the South on any given day, volunteers of all ages, races and backgrounds gather with hand tools and weed whackers to help restore historic Black burial grounds, many of which have been subject to the structural neglect and active violence that Jim Crow visited on African-Americans individuals, communities and institutions for generations. groups such as Richmond’s Friends of East End Cemetery (I’m a founding member) and Woodland Cemetery Volunteers, along with Durham, N.C.’s Friends of Geer Cemetery, have devoted years to clearing these sites of invasive overgrowth and illegally dumped garbage. They have revealed thousands of grave markers and stones, each standing for a person, that had been obscured for decades.

For some participants, this is one-and-done charity work. But for many of us in these Friends groups, this is straight-up justice work—social justice, racial justice, human justice. These cemeteries and graveyards, even in their current state. Formerly enslaved people like my own great-grandparents and their offspring are buried in these places.

“When you stop to look at historic infrastructure investments in our country, you will find that short-sighted approaches have impacted communities across the nation,” Congressman A. Donald Mceachin (D-Va., 4th District), writing in the pages of this paper, was defending President Joe Biden’s American Jobs Plan.

It’s odd that Rep. Mceachin is sponsoring exactly this type of “short-sighted,” symbolic, and potentially harmful bill that will inevitably shortchange the community. As drafted, the African American Burial grounds Preservation Program bill, whose lead patron is Congresswoman Alma Adams (D-N.C., 12th District), excludes the descendant community. These are the Black folks with kin laid to rest at these burial grounds. For the millions of us African Americans whose ancestors were born into enslavement and were recorded as nameless pieces of property on ledgers and inventories, these burial grounds are at once sacred memorial sites and archives of the American experience.

Not only is the descendant community— referred to variously as the “African-American descendant community” or “Afro-descendant community”—absent from this bill, but owners of the land on which these burial grounds lie are granted exalted status. The drafters were none too subtle: “CONSENT OF PRIVATE PROPERTY OWNER REQUIRED” appears in the bill in all caps, lest anyone doubt who the document was written for. This puts landowners in a position to dictate who receives the small amount of grant money the bill promises, even though landowners won’t themselves be eligible to apply for it directly.

A coalition of descendant community members and cemetery restoration volunteers asked the congressman to amend the language of the bill through email exchanges and during two Zoom sessions in April and May. We listened to and spoke with the congressman and Congressional staffers.

He dismissed one of our requests as nearly impossible: aligning this bill with the Native American Graves Protection and Repatriation Act, a federal law. NAGPRA, which gets ample criticism from Indigenous communities for offering too little to their communities, offers them some status when it comes to treatment of their sacred sites, human remains, and funerary objects. “Political reality” won’t allow such bold measures, we were told. Congress is full of archconservatives hostile to measures that promote equity and inclusion (for example, critical race theory debates) and midterm elections are on the horizon.

But we can still make a better bill.

Our coalition recommended building in a process in which descendant communities and landowners would have “structural parity” in determining how any grant money would be spent. We included in our proposal more stringent eligibility requirements for a grant applicant, such as the need to provide evidence that it has already “provided measurable services to African American burial grounds.” Rep. Mceachin asked us to refine what we have written to prevent people with spurious claims to potential grant money from applying. We have done so. The ball is back in their court.

History shows that if a group or community isn’t written into law, it will most likely be punished by that law. Legislators can do better simply by saying our name and writing us into the bill: We are the African-American descendant community. And they should work to treat us not as headaches or obstacles, but as constituents, partners and equal stakeholders.

Brian Palmer is a Peabody Award–winning journalist and photographer based in Richmond.