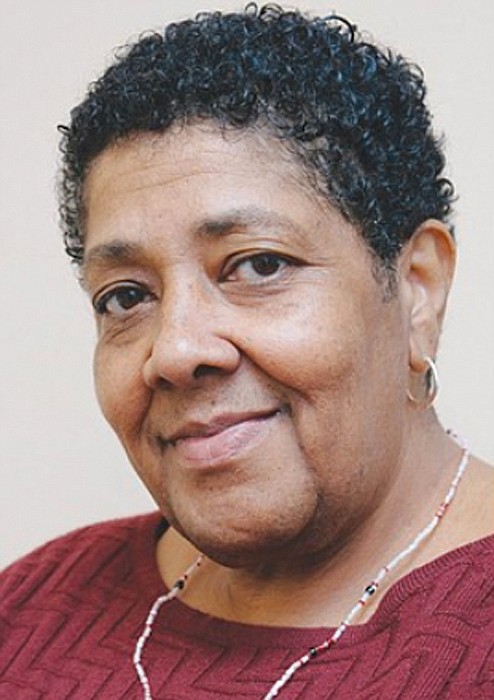 Doorways, bus benches and even city sidewalks are once again sleeping pads for some unsheltered people in Richmond now that the inclement weather and COVID-19 shelters have shut down.

“This city treats stray animals better than people,” said Rhonda Sneed, co-founder and leader of one of the largest homeless relief programs in the area, Blessing Warriors.

Ms. Sneed, who has been on the go every day since 2013 bringing food, clothing, shoes, underwear and other necessities to those without housing, said the most dismaying part of her work is having to tell the people she and her 2,000-member cadre of supporters serve that there is no place for them to lay their head.

Ms. Sneed is concerned about a potential spike in homeless numbers in Richmond this summer as the Richmond Redevelopment and Housing Authority begins evictions for hundreds of families in arrears on rent. The spike will occur as the state prison system, after July, begins to release 4,500 inmates due to General Assembly-mandated changes in sentence calculations.

While a good portion of those families and individuals could end up bunking with family and friends, a substantial fraction might wind up on the streets, seeking a shelter that does not exist.

Ms. Sneed said she looked at the news coverage of the new skateboard park that the city just built in South Side and just wished there was the same commitment for the unsheltered.

“Why is it so hard to open a shelter where people can go year-round to spend the night?” she said. “I just don’t understand it.”

Fifth District City Councilwoman Stephanie A. Lynch, who has championed a year-round shelter through resolutions that council has passed, agrees with Ms. Sneed.

As chair of council’s Education and Human Services Committee, Ms. Lynch has pushed for programs to help reduce homelessness, including creation of an emergency fund to help families at risk of losing their homes cover some bills, though the approved $1 million fund is just 20 percent of the $5 million she recommended.

She has yet to succeed in her separate effort to get the city to use some of its federal funding to create a local rental subsidy voucher program to supplement the rent of low-income residents.

In her view, Mayor Levar M. Stoney’s administration has shown a “lack of urgency” in preparing for a potential spike in homelessness this summer.

She projects that several hundred public housing residents could face eviction and that others will lose housing due to rising costs of rents and the inflation surge is mak- ing it hard for some to pay their bills.

Both the potential for increased evictions and the economic situation are “creating the perfect recipe for disaster for our most vulnerable residents,” said Ms. Lynch, a social worker who lobbies the General Assembly about issues related to housing needs.

Richmond is not overwhelmed by the homeless, as some cities are. Overall, a regional point-in-time count in January found 739 people who met the federal definition of being homeless, similar to the findings of counts conducted since 2013.

Plans are underway to open a one-stop housing resource center on the first floor of City Hall, and the city now has a homeless services liaison, with the council including funding in the new budget to hire a second person to assist Dianne Wilmore in that work.

The city also has in place a rapid rehous- ing program to assist people with a stream of revenue from work or from government programs, although rising housing costs have crimped the program.

Richmond also is pumping more money into a trust fund that supports developers seeking to build income-restricted homes and apartments.

And City Hall is in talks with two of its neighbors, Chesterfield and Henrico counties, about either purchasing or developing a regional shelter, using $11 million in federal dollars provided through the American Rescue Plan.

A major share of the homeless in this area are sheltered. Nearly a dozen differ- ent nonprofit organizations run temporary housing programs. Overall, just in the city, nearly 675 beds are in operation, ranging from short-term shelter beds to treatment programs for addicts and transitional hous- ing where people are provided help to get on their feet.

The city financially supports most of the operations. Rather than operate public shelters, it relies on nonprofit partners organized into the Greater Richmond Continuum of Care to do so, and the city pumped federal CARES Act and American Rescue Plan Funds to shelters that nonprofits operated at hotels during the pandemic.

And more housing is on the way. For example, Virginia Supportive Housing is finally preparing to launch the redevelopment of Richmond’s former nursing home on Cool Lane into 86 low-rent apartments for homeless people to add to its existing inventory of units for single and couple occupancy.

Also, Commonwealth Catholic Charities is now developing, with city support, a 75-bed year-round housing operation for the unsheltered, which is expected to open by December.

However, Ms. Sneed said the CCC’s operation will allow individuals to stay for longer periods and is unlikely to have a full-blown temporary overnight shelter.

“It will just be another Home Again,” a Richmond nonprofit that offers longer stays to help people begin to turn their lives around, she said.

Even so, despite the growth of beds, Richmond remains short. Notably, 110 to 145 individuals who were unsheltered stayed nightly in a temporary winter shelter CCC operated for the city through mid-April at the Quality Inn in North Side.

That is far more than could fit in the shelter CCC is developing. And when the shelter closed most of those single adults were back on the street, Ms. Sneed said.

“We need a game plan and funding to support” creation of the kind of year-round shelter Ms. Sneed is seeking to see open, Ms. Lynch said. “The complacency about meeting this need is maddening.”