Scholar and preacher Walton named next president of Princeton Seminary 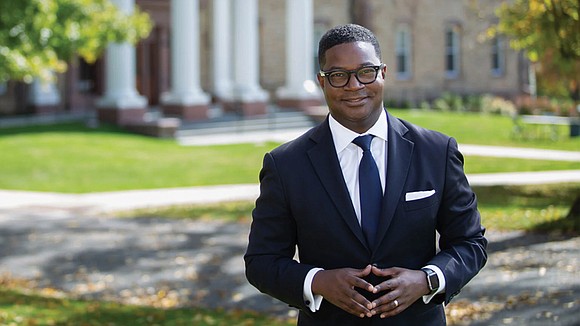 The Rev. Jonathan Lee Walton, an academician, preacher and administrator who has served on the faculties of Wake Forest and Harvard divinity schools, has been named the next president of Princeton Theological Seminary.

He will be the first Black president of the seminary, which was founded in 1812, and is to officially begin his new role on Jan. 1, 2023.

Rev. Walton, 49, who has been dean of Wake Forest University’s School of Divinity in North Carolina and dean of its chapel since 2019, will succeed President M. Craig Barnes, who has led Princeton’s seminary since 2013.

“Theological education is at an inflection point,” Rev. Walton said in a statement in the seminary’s Oct. 14 announcement. “The church is changing. Society is changing. So we need clear-minded, faith-informed professionals who can speak hope, equity, and healing in all fields of human endeavor.”

Rev. Walton, whose scholarship has included evangelical Christianity, political culture and mass media, is the author of “Watch This! The Ethics and Aesthetics of Black Televangelism” and “A Lens of Love: Reading the Bible in Its World for Our World.”

The ordained Baptist minister will be returning to his alma mater, where he earned his doctoral degree in 2006 and his master’s of divinity in 2002.

“Dr. Walton’s profound commitment to scholarship and strong leadership experience perfectly position him to advance Princeton Seminary’s mission to serve as a vital and engaging hub for pastoral formation, Christian theology, and leadership generally,” said Michael Fisch, chair of the seminary’s trustee board, in a statement.

“He will model excellence for the students and faculty, and he will help lead the way to revitalizing theological education in the 21st century,” Dr. Glaude said in a statement.

“This is a historic appointment, and I can think of no one better suited for the tasks ahead.”

Earlier this year, the seminary’s board voted to dissociate the name of anti-abolitionist and slaveholder Samuel Miller from the school’s chapel. The action followed a petition and demonstrations by the school’s Association of Black Seminarians and allies. It is now known as the Seminary Chapel.