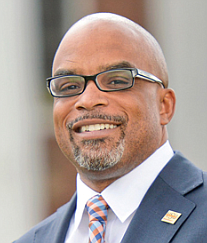 Dr. Abdullah earned his bachelor’s from Howard University in civil engineering and master’s and Ph.D. degrees in the same field from Northwestern University, where he became the youngest African-American to earn an engineering Ph.D.

“I am humbled that Tau Beta Pi has identified me as the personification of their ideals,” Dr. Abdullah said in a provided statement. “I am grateful that my life’s work is worthy of such a prestigious distinction.”

The Tau Beta Pi Association is the oldest engineering honor society and the second oldest collegiate honor society in the United States. It honors engineering students in American universities who have shown a history of academic achievement as well as a commitment to personal and professional integrity.

Dr. Abdullah will receive a commemorative plaque and a $2,000 scholarship will be given in the name of each winner to a student member of Tau Beta Pi.