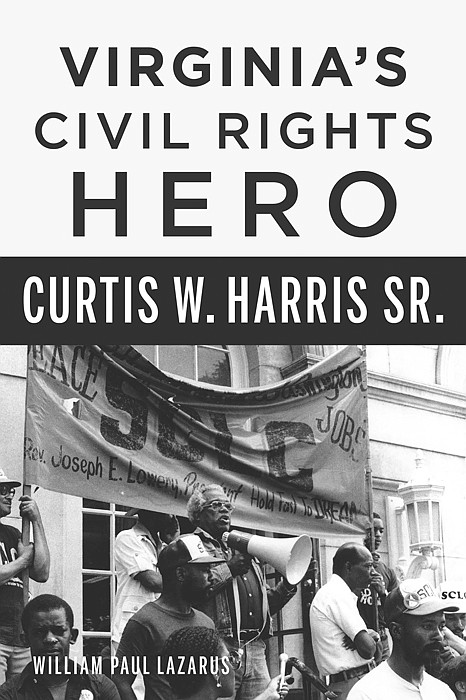 Born in 1924 during the harsh racial segregation regime, the Rev. Curtis White Harris Sr. rose to become a key figure in the fight for Black equality in Virginia and the country.

Rev. Harris was an unlikely figure to help lead the fight against white supremacist control of Black people in the Old Dominion. He was the sixth child of an impoverished tenant farmer, who would later desert his wife and children.

Undeterred by his background and the intense hostility of those who sought to block the way, the Baptist minister became a dogged advocate for equality and would propel himself to the forefront of the Civil Rights Movement, becoming a top lieutenant of Dr. Martin Luther King Jr. in this state and later the first Black Mayor of Hopewell, which was his base.

Rev. Harris’ rise from obscurity to prominence is detailed in the first biography about him, ‘Virginia’s Civil Rights Hero: Curtis W. Harris Sr.” that The History Press of Charleston, S.C., just released ahead of the 2023 celebration of Dr. King’s birthday on Monday, Jan. 16. 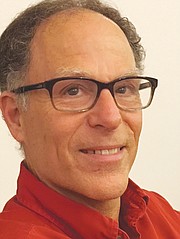 Florida-based author William P. Lazarus wrote the 144-page book, which both describes the role that Rev. Harris played and also delves deeply into the history of both the community and state in which he lived and worked before his death in December 2017.

“I became very interested in the topic for several reasons,” said Mr. Lazarus, 73, who is the brother of a Richmond Free Press reporter.

support his family. He got his first taste of advocacy in leading a successful fight to force the company to hire Black people for jobs in offices, as truck drivers and in positions that paid more than janitors made.

Initially president of the Hopewell Branch NAACP and then a local, regional and national officer in Dr. King’s Southern Christian Leadership Conference, Rev. Harris stayed on the front lines. He would lead demonstrations and protests in which he was arrested 13 times in seeking to end racial barriers at restaurants, swimming pools, cemeteries and other locations, the book recounts. He was beaten and spat on among other indignities, but the dogged minister refused to be cowed. He even faced down the Ku Klux Klan in a march on Hopewell’s City Hall, the book notes.

Along with protests in Hopewell, Danville and other communities, he also participated with Dr. King in the 1963 March on Washington for racial equality and the Selma-to-Montgomery, Ala., march for voting rights.

The book also recounts the successful fight Rev. Harris led to end Hopewell’s whites-only City Council after he ran and lost seven times in a bid win a seat. That fight led to the creation of a ward system and, later, his winning an election to represent a majority-Black section of the city.

He would serve 26 years, including making history after winning enough council votes to become the city’s first Black mayor.

Mr. Lazarus said that he briefly talked with Rev. Harris prior to his death and said the minister expressed interest in the work.

Five years ago, “I then began researching, happily finding oral tapes Rev. Harris had previously made. I also gathered research on racism, Virginia law, the civil rights movement and legal decisions. I also found books that detailed life in Hopewell, as well as Dedron, Rev. Harris’ birthplace in Surry County,” and gained additional help from a historical society in Dedron and from historians and librarians in Hopewell.

He brought his own extensive experience to the work, including previous books on Biblical history and a history of racing in Daytona Beach.

He also is a former reporter for the New Haven Register and Daytona Beach News-Journal, and a past editor of Halifax Magazine. Mr. Lazarus is the recipient of numerous awards, including feature writer of the year in Florida.

Mr. Lazarus said the research findings for his book were eye-opening.

“I was not aware previously of the role Virginia played in creating racism and institutionalizing it,” he said.

While slavery has been around for millennia, “I could find no evidence of racism in ancient Greek, Roman, Egyptian or Babylonian cultures. Nor does it show up through the Middle Ages. People were aware of racial differences, but did not associate that with belief in the inferiority of one or another race,” he said.

Mr. Lazarus said that the philosophy of white supremacy “emerged in the 1600s and is directly traceable to Virginia laws that identified anyone with dark skin as a slave.”

He sought to interweave such history into his book.

“People need to be reminded of life prior to the Civil Rights Movement and to what these brave men and women endured,” he said.

As he discovered, Virginia’s leadership in bigotry went beyond creation of the laws that supported racial segregation and the fight against court rulings that struck down racial separation.

The state also led in the effort to sterilize women, mostly Black, who were deemed unfit to reproduce because of alleged mental retardation or other alleged defects, winning attention from Adolph Hitler and the Nazis.

Mr. Lazarus said he hopes that his book increases the understanding of the civil rights movement and the important role that Rev. Harris played.

“While Dr. King, Rosa Parks and Rev. Abernathy rightly received the lion’s share of recognition,” he said, “it was individuals like Rev. Harris, struggling and fighting on the local level, who made national success possible.”