Spotlight on board president of the Richmond Crusade for Voters 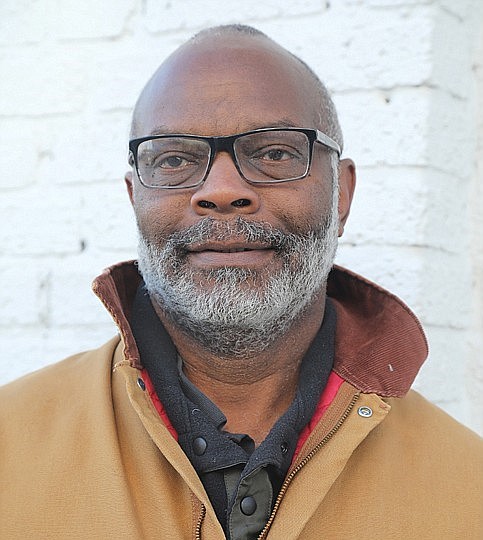 Jerome Legions Jr. hopes to bring new energy to one of Richmond’s oldest civic and civil rights groups in the new year.

Elected as president of the Richmond Crusade for Voters last November, Mr. Legions’ two-year term starts this year. He has several major ideas for his new role as the Crusade gears up to engage more voters by increasing voter education and the voting strength in Richmond.

Mr. Legions joined the Crusade in 2021. After serving as treasurer, he soon was chosen to continue the trajectory set by previous president Jonathan Davis.

Mr. Legions says his experience and skill sets, which include work with the Moore Street School Foundation, the Carver Area Civic Improvement League and other organizations, was key to the Crusade selecting him as president.

Improving Richmond’s economic development opportunities through community and voter engagement, with an emphasis on information gathering and sharing, are highlights of Mr. Legion’s agenda. He cites the need for the organization to embrace change and encourage more young people to become members.

“All too often you can hear someone say, ‘This is the way we have always done it’,” Mr. Legions says. “Well, if we are to attract younger members, we have to adapt to what potential younger members have become familiar with and accustomed to in order to get things done.”

Mr. Legions emphasizes the importance of having the Crusade recognized as a nonpartisan organization. The organization should be able to reach out to officials across the political spectrum while ensuring that the local community is well-served by its leaders, he says.

Although the type of political work the Crusade seeks to accomplish is substantial, Mr. Legions believes that some headway already has been made through its efforts with Mayor Levar M. Stoney. He sees many commonalities between the Mayor’s office and the Crusade’s agenda, particularly when it comes to a focus on community.

“Mayor Stoney, on several occasions, has been on the same side of the bench (with the Crusade) especially in the areas of community safety, community growth, education and economic development,” Mr. Legions says.

“I believe that the mayor will continue to be receptive to the agenda of RC4V because many of his tenets will be in our agenda.”

In a city filled with similar civil rights and civic organizations, the Crusade is one of many groups working to change and bring about change. Mr. Legions isn’t worried about this crowded field, however.

“We all want the same thing,” Mr. Legions says. “We may be going at it just a little differently, but I think what’s happening is that we all aspire to keep our legacy alive.”

Meet the newest leader of the Richmond Crusade for Voters and the week’s Personality, Jerome Legions Jr.:

Family: My three brothers and sisters live in Philadelphia. However, I have wonderful friends who have taken on the role of family.

Richmond Crusade for Voters is: A nonpartisan organiza- tion with a thrust on voter advocacy.

When and why founded: This organization was founded in 1956 with the purpose of in- creasing voter strength as well influencing political decisions to improve the living conditions in Richmond.

When you were elected president: November 2022.

Why I accepted position: There were members in the organization who felt that I have the experience and skill sets to maintain the trajectory that was set by the previous president, Jonathan Davis.

Number one goal or project as president: Through commu- nity and voter engagement the number one goal is to improve economic development.

Crusade’s agenda for Richmond City Council members: First and foremost, let’s have another discussion about Rank Choice Voting and become more focused on solving the homeless problem instead of seeing our most vulnerable displaced by new developments throughout the city.

Expectations for Richmond Public School Board: Put policy and people in place that can improve every educational aspect that will prepare our students to be productive citizens.

Get out the vote strategies for the Feb. 21 4th Congressional District special election: Currently we are in the process of strategizing to have a more robust GOTV and Voter education campaign.

Ways Crusade will mobilize voters for the 2024 elections: We plan to use every possible vehicle available.

How the Crusade plans to engage young and new voters: Go to where they are and ask for their suggestions, strategies and support in programming and project execution.

How to get involved: Come to a meeting which is the third Tuesday of each month, or join the Crusade via the website, https://www.richmond-crusadeforvoters.org/.

Something about me that people may not know: I was a sprinter in high school. Most would never suspect that considering how slow I walk (laughter).

A quote that inspires me: “Excuses will always be there for you, opportunity won’t.

At the top of my “to-do” list is: Find more funding sources for Moore Street School.

Best late-night snack: Does beer count as a snack?

The best thing my parents ever taught me: “Get engaged and stay engaged.”

The person who influenced me the most: There are just too many people that fall in that category.

Book that influenced me the most: “The Code of the Samu- rai” by A.L. Sadler.

What I’m reading now: Actually, I am again reading, “The Code of the Samurai.”