Putting the ‘con’ in conservative, by Jesse Jackson 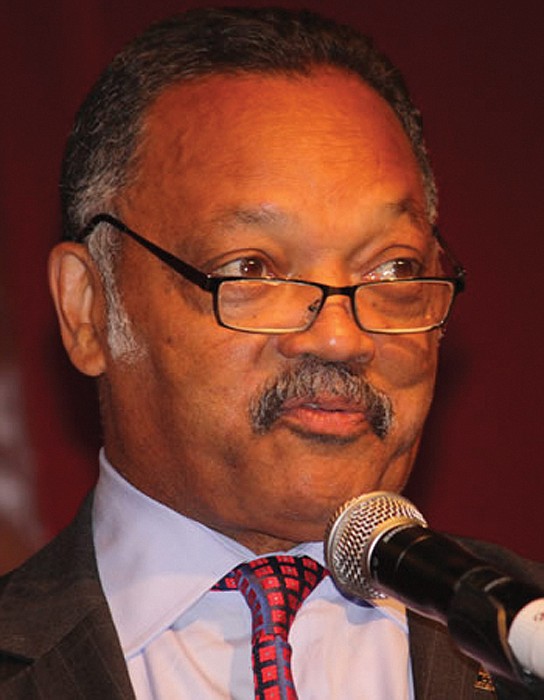 George Santos, a 34-year-old Republican congressman-elect, has gained notoriety before even coming to Washington. He was elected to the Congress from a Long Island, N.Y, district this fall on a résumé and a campaign constructed on breathtaking fabrications.

He lied about where he lives.

He lied about where he works.

He lied about creating a nonprofit organization called Friends of Pets United.

He lied about where he went to high school.

He lied about graduating from college.

He lied about being a landlord who owns 13 properties.

He lied about having four employees shot in the Pulse nightclub shooting.

He lied about his mother’s career and her death, claiming that she was a victim of 9/11 when she died in 2016.

He lied about being of Jewish heritage.

Mr. Santos painted himself as an example of the American dream, son of an immigrant family who, by grit and hard work, made his way to employment at Goldman Sachs. Only the dream was a delusion. Gold- man Sachs has no record of his employment. This paragon of conservative virtues turned out to be simply a pretty shoddy con man.

When an investigation by the New York Times revealed his serial lies, he admitted to “embellishing” his résumé. His attorney allowed that campaign money — some of which appears to have been used illegally to pay rent for Mr. Santos — may have been spent “unwisely.”

Mr. Santos told the New York Post that he may have added a little bit of fluff to his résumé, but — echoing Richard Nixon’s famous statement in the Watergate scandals — “I am not a criminal.” (Nixon at least chose to resign, whereas Mr. Santos fully expects to be sworn in when the new Congress convenes next week.)

The Republican district at- torney of Nassau County, N.Y., has opened an investigation of his lies, stating that no one is above the law. The federal U.S. attorney in Brooklyn is reportedly investigating his financial finagling. A newly elected Republican congressman in a neighboring district, Nick LaLota, has called on the House Ethics Committee to investigate.

Democrats in the House have called on Mr. Santos to resign and are pushing to haul him before the Federal Election Commission and the House Ethics Committee. But this is not the Democrats’responsibility. It is the responsibility of the Re- publican leaders in the House. And they have been notably absent without leave.

In any case, the current Republican members of Congress are not exactly exemplars of honesty or champions of truth. Virtually all lined up behind Donald Trump, ignoring his serial lies in office, numbering more than 30,000 according to fact checkers.

Mr. Santos, not surprisingly, embraced Donald Trump’s Big Lie, the claim that the 2020 presidential election was stolen. More than 180 other members of the new House Republican caucus echoed that Big Lie.

Mr. Santos has made it clear that he has no shame and no plan to withdraw. Will Republicans act to police their own membership and to stop this obvious fraud upon their own voters? If they refuse to act, they can tie up the Ethics Committee and neuter the FEC.

If Mr. Santos gets a pass, Republican leaders will be telling voters just who they are and what they will stand for. Honesty is for suckers. Partisan advantage trumps decency. To gain power, Republicans are prepared to spread Trump’s Big Lie. They don’t hesitate to lie about their opponents. And Mr. Santos shows they are prepared to put forth and stand by candidates who lie about their own families, education, employment and lineage.

The party won’t police itself. It is left up to voters to do it for them.

The writer is founder and president of the national Rainbow PUSH Coalition.