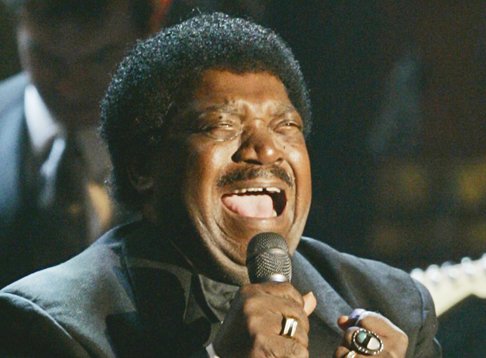 Percy Sledge performs after accepting his award during the Rock and Roll Hall of Fame induction ceremony in 2005 in New York.

Percy Sledge, the R&B legend whose song “When a Man Loves a Woman,” has become a “first-dance” anthem for newlyweds at wedding receptions, has died at his home in Baton Rouge, La. He was 74. William “Beau” Clark, coroner for East Baton Rouge Parish, confirmed that Mr. Sledge died about an hour after midnight on Tuesday, April 14, 2015, of natural causes in hospice care.