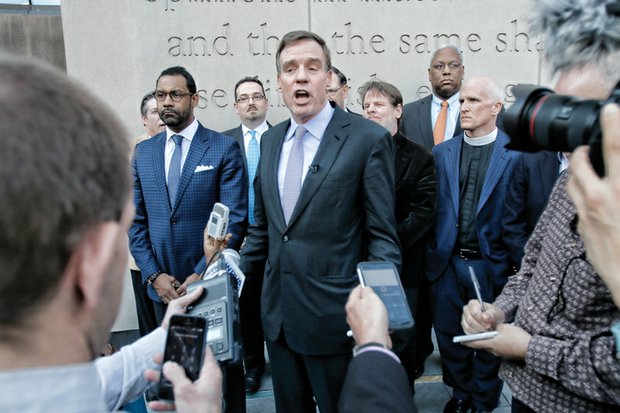 Above, U.S. Sen. Mark Warner, backed by faith leaders from the Muslim, Christian and Jewish communities, calls for religious tolerance at a news conference last Friday in Richmond.