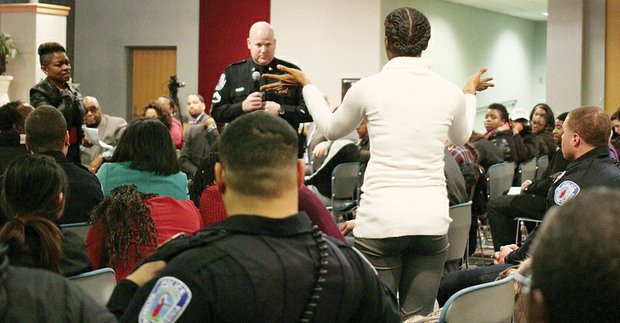 Richmond residents clashed Tuesday at a community forum on whether they believe the city has a policing problem. Several older residents viewed the Richmond Police Department as a benevolent force. They questioned whether a local discussion about police misconduct and brutality is necessary, even as young people have taken to the streets to protest discriminatory police practices across the country. “This is 2015,” said longtime Richmond resident Carrie Cox at the community gathering dubbed the “Peeps and Police Community Conversations,” held at the Richmond Police Training Academy. “We have the best department in the world.”