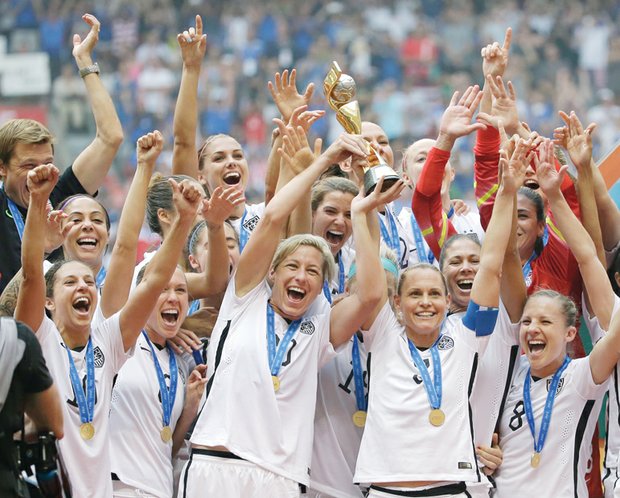 The U.S. Women’s National Team celebrates with the trophy Sunday after they beat Japan 5-2 in the FIFA Women’s World Cup soccer championship in Canada.

The United States returned to the pinnacle of women’s soccer with a 5-2 crushing of Japan in Sunday’s Women’s World Cup final. It was the end of a riveting tournament that pushed the sport into new territory.