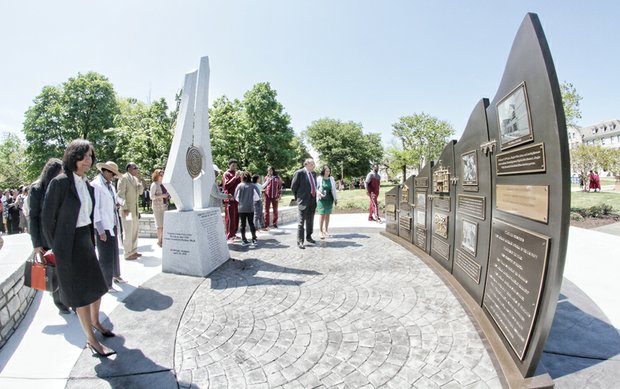 Virginia Union University honored its past and celebrated its future with the unveiling Wednesday of a monument symbolizing 150 years of academic excellence at the institution. The monument was designed by renowned sculptor Ed Dwight of Denver, and is displayed on the Lombardy Street campus between the Belgian Building and Ellison Hall.