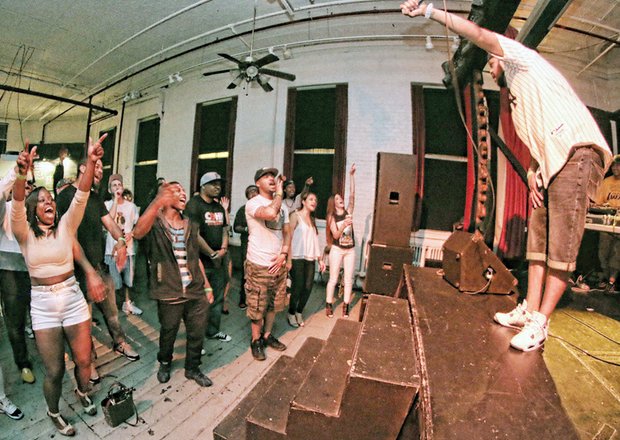 Hip-hop lovers respond to MC Joey Gallo as he rocks the mic at the celebration of hip-hop.