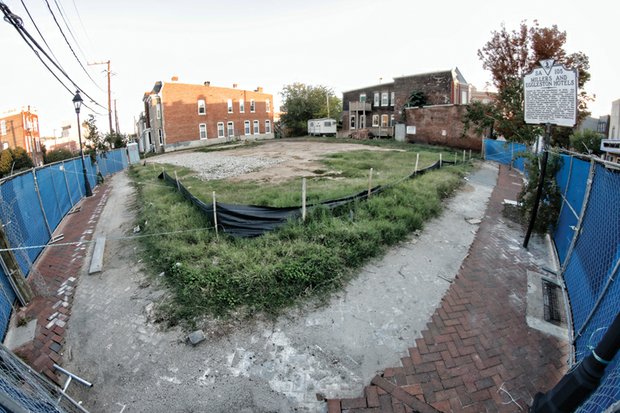 Construction fencing surrounds the site at 2nd and Leigh streets where the 31-unit Eggleston Plaza is to rise. The land has been vacant since 2009, when the historic Eggleston Hotel was razed after it collapsed.

Development soon could be underway on 31-unit apartment project in Jackson Ward. The proposed Eggleston Plaza, which has been planned for five years, is at the site of the former Eggleston Hotel at 2nd and Leigh streets.