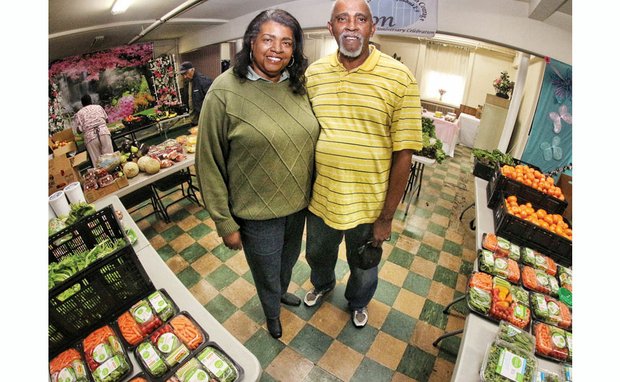 Betty and John Thombs display the fresh vegetables and fruits they collected from area stores on Tuesday. The food is given away in the social hall at Zion Baptist Church, 20th and Decatur streets, on South Side. The hunger-fighting couple has been quietly creating this pop-up food-giveaway stand daily for more than five years.

Boxes of tomatoes, peppers and other fruits and vegetables fill four tables in the basement social hall at Zion Baptist Church on South Side, creating the look of a small grocery store. “This is a pretty small load,” said John Thombs, who had brought the cornucopia to the church at 2006 Decatur St., where his wife, Betty, set it up with a few helpers.