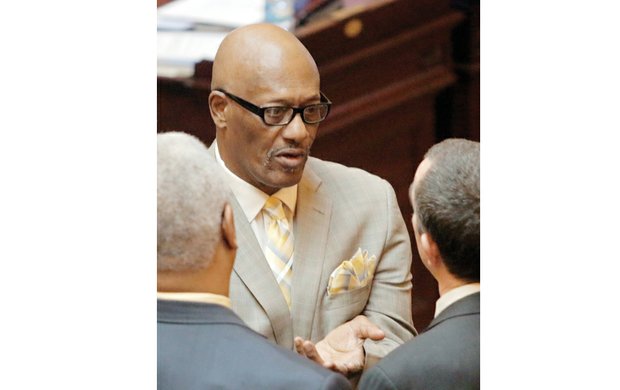 Charlie Stukes, one of seven 2016 inductees into the Virginia Sports Hall of Fame, talks with state Sen. A. Donald McEachin of Henrico County, left, and Lt. Gov. Ralph Northamon Tuesday at the General Assembly, where the inductees were recognized.

For the second year in a row, a former Virginia Union University basketball center has been named to the Virginia Sports Hall of Fame. Charles Oakley, the NCAA Division II Player of the Year for VUU in 1985, will be inducted April 30 at the Renaissance-Portsmouth Norfolk Waterfront Hotel in Portsmouth.