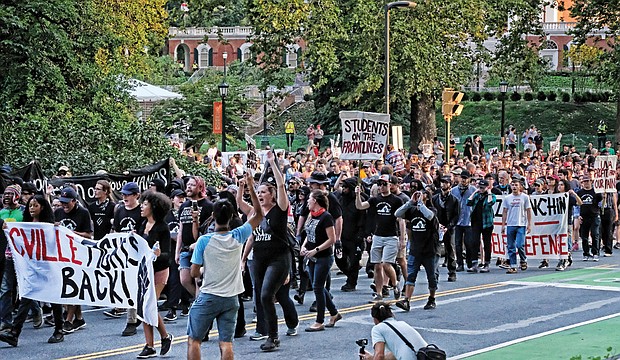 Hundreds of students and activists march down Rugby Road in Charlottesville on Saturday, marking the year anniversary of the bloody violence that broke out during last year’s rally by white supremacists, Ku Klux Klan and neo-Nazis.