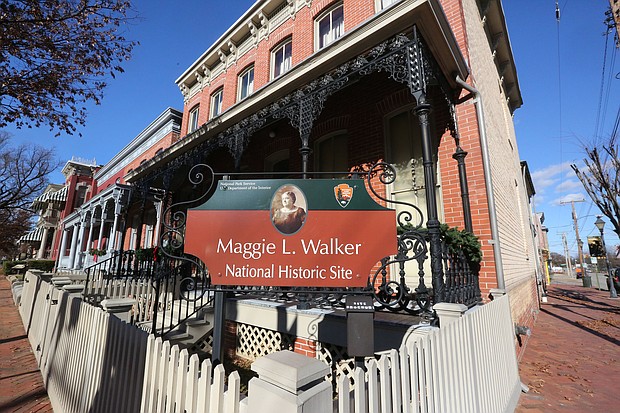 A sign was posted at the Maggie L. Walker National Historic Site in Jackson Ward informing visitors that the site is closed with the partial shutdown of federal government operations. The National Park Service, which is part of the U.S. Department of the Interior, is impacted by the shutdown brought on by President Trump’s insistence for $5 billion to build a border wall between the United States and Mexico. Congress has refused, offering $1.5 billion instead for border security. Roughly 800,000 federal employees are impacted by the shutdown, which was in its fifth day on Wednesday. Of those, 420,000 employees considered “essential,” including air traffic controllers, FBI agents and others, must continue to work without pay.