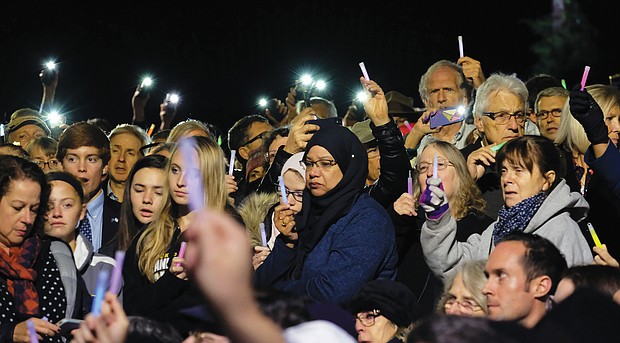 Hundreds of people of different faiths, races and backgrounds raise lights of hope at the end of Tuesday night’s vigil at the Weinstein Jewish Community Center on Monument Avenue.