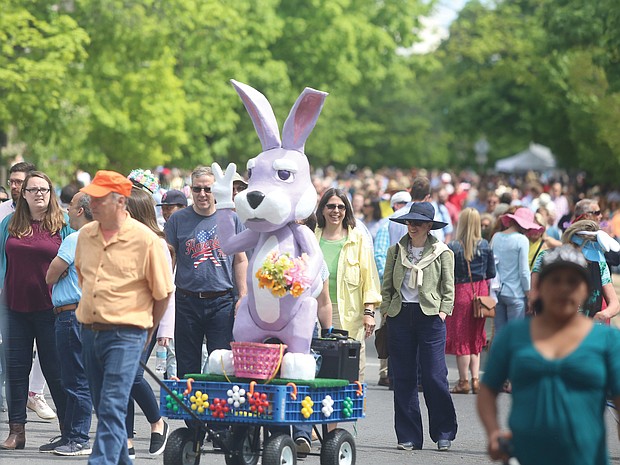 Thousands of people, including the Easter Bunny, stroll along Monument Avenue for what may be the final edition of Easter on Parade.