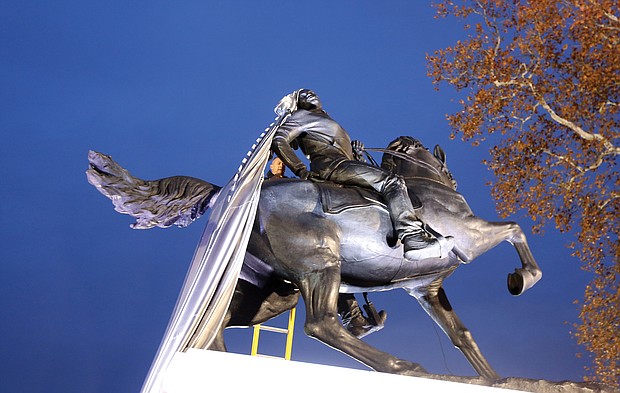 Kehinde Wiley’s “Rumors of War” sculpture stands partially revealed outside the Virginia Museum of Fine Arts as Richmond Firefighter John Lukhard works to remove the drape caught on the figure’s hair during Tuesday’s unveiling ceremony. Right, artist Kehinde Wiley, 42, enthusiastically heads to the microphone to address the throngs of people awaiting the unveiling of the sculpture funded by private donations.