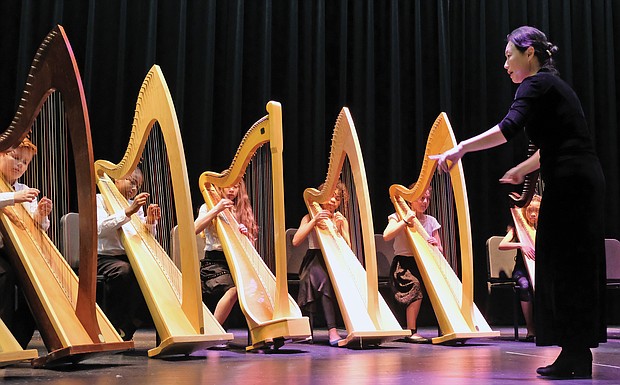 The RPS Harp Ensemble, comprised of middle school students in Richmond Public Schools, add a musical touch to the first State of the Schools presentation Tuesday night by Superintendent Jason Kamras, who is marking his first anniversary in the job. The event was held at Martin Luther King Jr. Middle School in the East End.