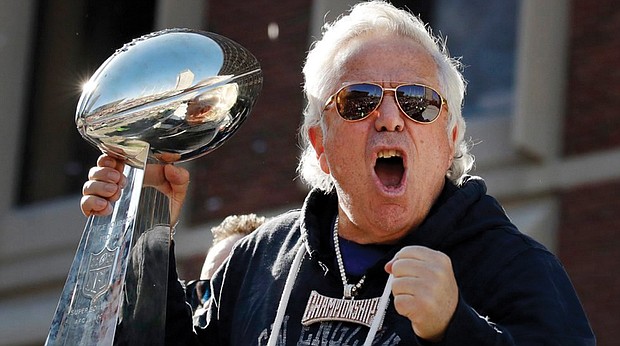 The news that New England Patriots owner Robert Kraft has been charged with soliciting sex and prostitution in a spa as part of a monthslong investigation into a massive human trafficking ring is dominating headlines for its shocking revelation about a legendary owner and current Super Bowl champion.