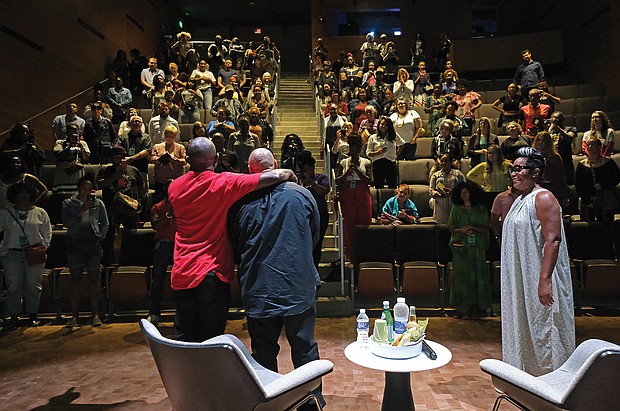 The audience at the Afrikana Independent Film Festival gives a standing ovation last Saturday to Raymond Santana, center, after the screening of the documentary “The Central Park Five.” Mr. Santana, who was exonerated in the case after spending five years in prison, talked about his experience following the film. He is embraced by Todd Waldo, adviser for the film festival, while moderator Zoe Spencer, a sociology professor at Virginia State University, looks on.