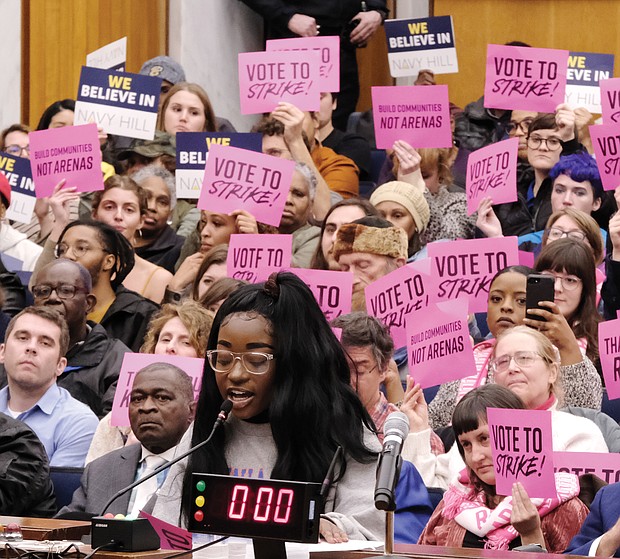 Naomi Isaac urges Richmond City Council to kill the $1.5 billion Coliseum replacement plan at Monday’s meeting. She was among a long line of people speaking on the proposal before council voted to scrap it. Behind her, supporters and opponents of the plan hold up signs reflecting their views.

Start over — and this time include the public. That’s the cry from the five members of Richmond City Council who followed through Monday night in eliminating the $1.5 billion Coliseum replacement and Downtown redevelopment plan, just as they said they would do when the nine-member governing body met last week as a committee.