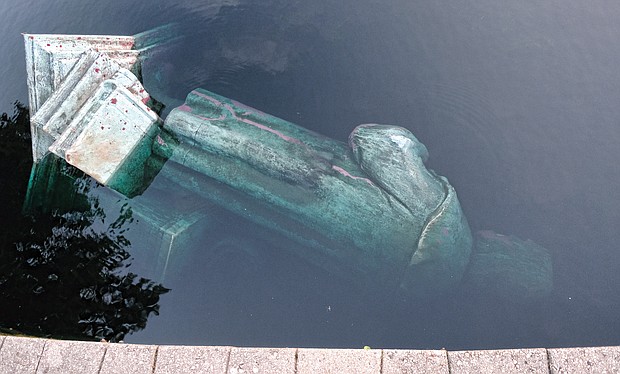 The statue of Christopher Columbus floats in Fountain Lake after it was knocked down Tuesday night following a protest where the statue stood for decades at Byrd Park.