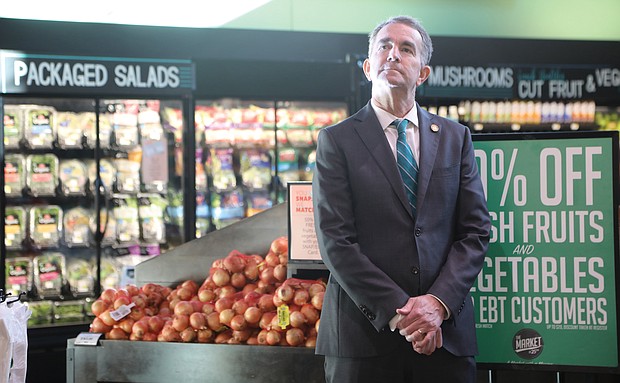 Gov. Ralph S. Northam pauses Tuesday in the produce section at The Market @ 25th in the East End before stepping up to a podium to announce several tax cuts in his proposed 2022-24 budget, including elimination of the state tax on groceries. He was joined at the news conference by State Finance Secretary Joe Flores and state Sens. Joe Morrissey and Ghazala Hashmi.

Gov. Northam calls for elimination of state tax on groceries

Virginians would pay a smaller tax on groceries and receive an income tax rebate of up to $500 under outgoing Gov. Ralph S. Northam’s budget proposal rolled out on Tuesday.