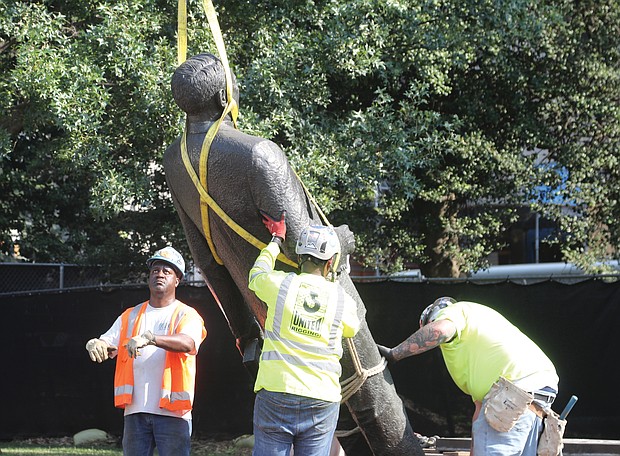 Workers from the state Department of General Services on Wednesday remove the 10-foot bronze statue of segregationist Harry F. Byrd Sr., a former Virginia governor and U.S. senator, from Capitol Square. During the General Assembly session earlier this year, the legislature approved a bill by Delegate Jay Jones of Norfolk authorizing its removal. No word yet on what will replace it.