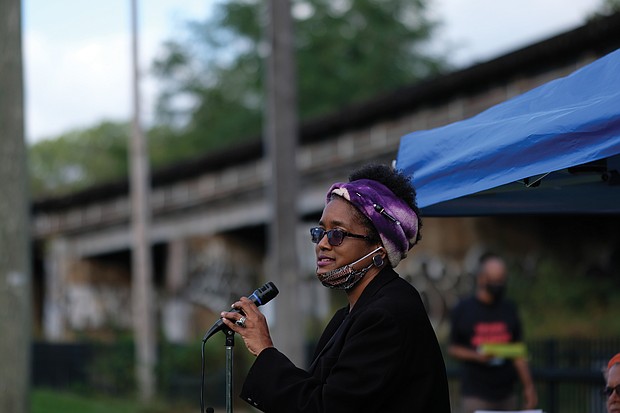 Pamela Bingham, a direct descendant of Gabriel, speaks to more than 80 people attending Sunday’s event, called the Gabriel Gathering, to memorialize the 221st anniversary of Gabriel’s death on the site.