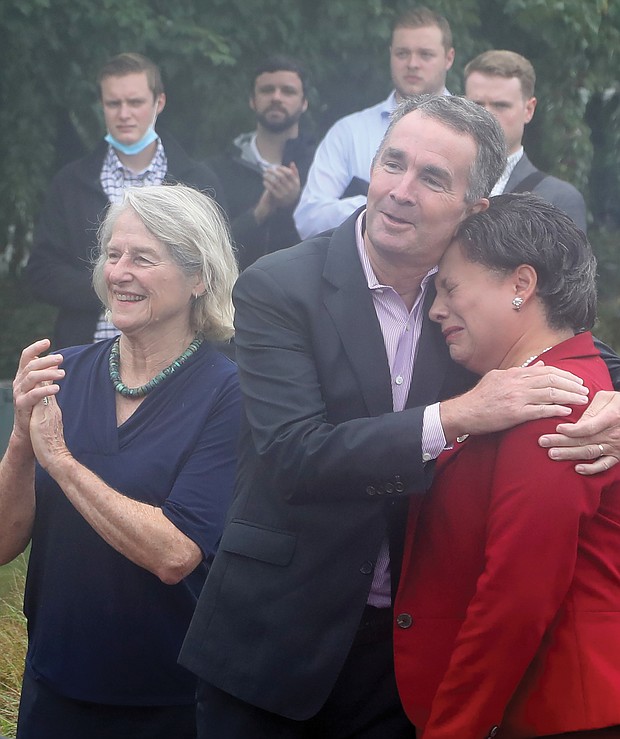 Many in the crowd, including state Sen. Jennifer L. McClellan, head of the statue commission, above, shed tears during the emotional ceremony. Sen. McClellan is comforted by Gov. Ralph S. Northam as Delegate Betsy B. Carr, left, applauds the unveiling.

“Overwhelming!” “Excited!” “Proud!” Those were some of the comments from onlookers as they viewed the state’s new “Emancipation and Freedom Monument” that was unveiled Wednesday on Brown’s Island on the James River in Richmond’s Downtown.